FIFA 21: Isco Road To The Final SBC Cheapest Solution For Xbox One, PS4 And PC

Isco the one for you?

Isco has received an SBC in FIFA 21's Ultimate Team as Road To The Final cards returns to FUT!

With the Real Madrid vs Inter Milan game taking place this week, EA promised to deliver an SBC for one player on the winning team.

As the game ended in a win to Real Madrid, the winner was Isco.

This special card will be upgraded each time Real Madrid progress through the knockout stages of the competition.

The SBC went live on the 7th November at 6pm GMT.

It is unknown when the SBC will expire, likely to be a week from release, on 13th November at 5.59pm GMT.

Read More: FIFA 21 TOTW 6: Predictions, Release Date, Countdown, Leaks, How To Get In-Forms And Everything You Need To Know 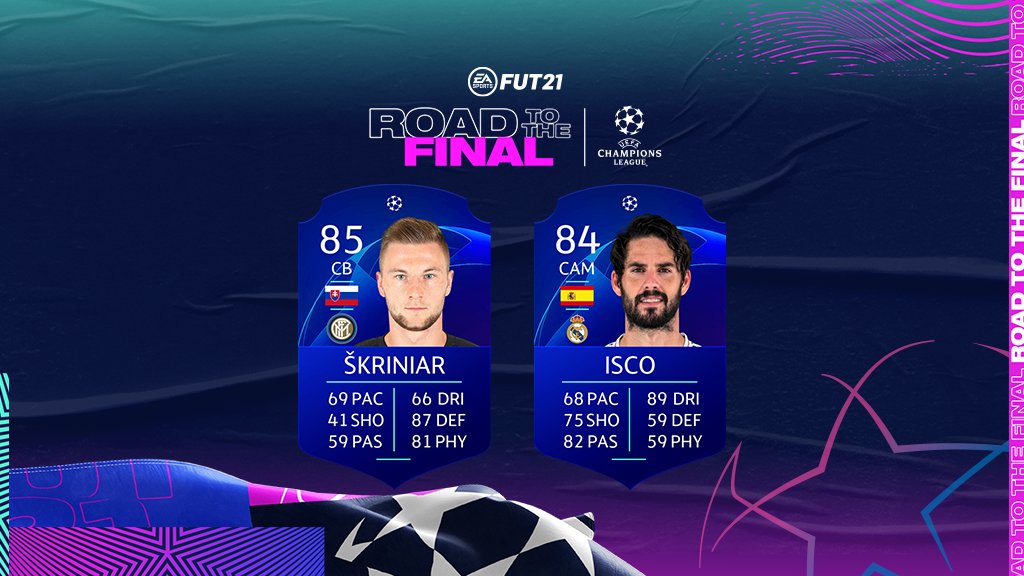 To get this Isco Road To The Final card you will need to submit two squads:

For Real Madrid, focusing on Serie A is a solid way to build due to the highly-rated players that are rather cost-efficient.

With Top Form, the Premier League appears to be the way to go. There are plenty of 84 rated in-forms that can be grabbed for less than 14,000 coins.

So is it worth it? Unless Isco gets a huge pace upgrade, it's not likely to be a usable card in the early stages.

However, if Real Madrid can advance far into the competition this could be a very well rounded midfield card.

But it's a lot of coins to gamble on a player you may not be able to use until later into next year.