The latest instalment in the Call of Duty franchise is returning to the Cold War as Black Ops makes its return.

Black Ops Cold War is a direct sequel to the very first Black Ops game which released all the way back in 2010.

As we move ever-closer to the release of the game on November 13th, players can ensure they’re ready to get straight into the action by pre-loading the game onto their consoles.

Find how to pre-load Black Ops Cold War below!

Pre-load times are as follows:

Next-gen consoles (PS5 and Xbox Series X) pre-load will be available on their launch dates.

On PC, the full game takes up 82GB, while the full game on Ultra graphics will require 125GB of room. The multiplayer portion requires just 35GB.

The game will have "content packs" which contain specific game modes such as the Campaign, Zombies, Multiplayer and Dead Ops Arcade.

These can usually be uninstalled separately to allow you to save space and play the modes you want.

How To Pre-Load On PS4

Players can pre-load on PS4 on the 5th November, while the Series X and S will have to wait until the 13th November or 19th November (depending on when the console launches in your region).

Every single player that has pre-ordered a digital version of Black Ops Cold War can start pre-loading the game during these dates.

Simply head to the PSN Store, search for Black Ops Cold War, purchase the game and you should see a 'download' option.

How To Pre-Load On Xbox One And Series X/S

Players can pre-load on Xbox One on the 5th November, while the Series X and S will have to wait until the 10th November (when the console launches).

Simply head to the Xbox marketplace, search for Black Ops Cold War, purchase the game and you should see a 'download' option.

Read More: Warzone and Cold War to be integrated in December

How To Pre-Load On PC

Simply head to the Battle.net client, search for Black Ops Cold War, purchase the game and you should see a 'install' option.

Activision has confirmed that Black Ops Cold War complete with the campaign, multiplayer and zombies will be a 125GB download. 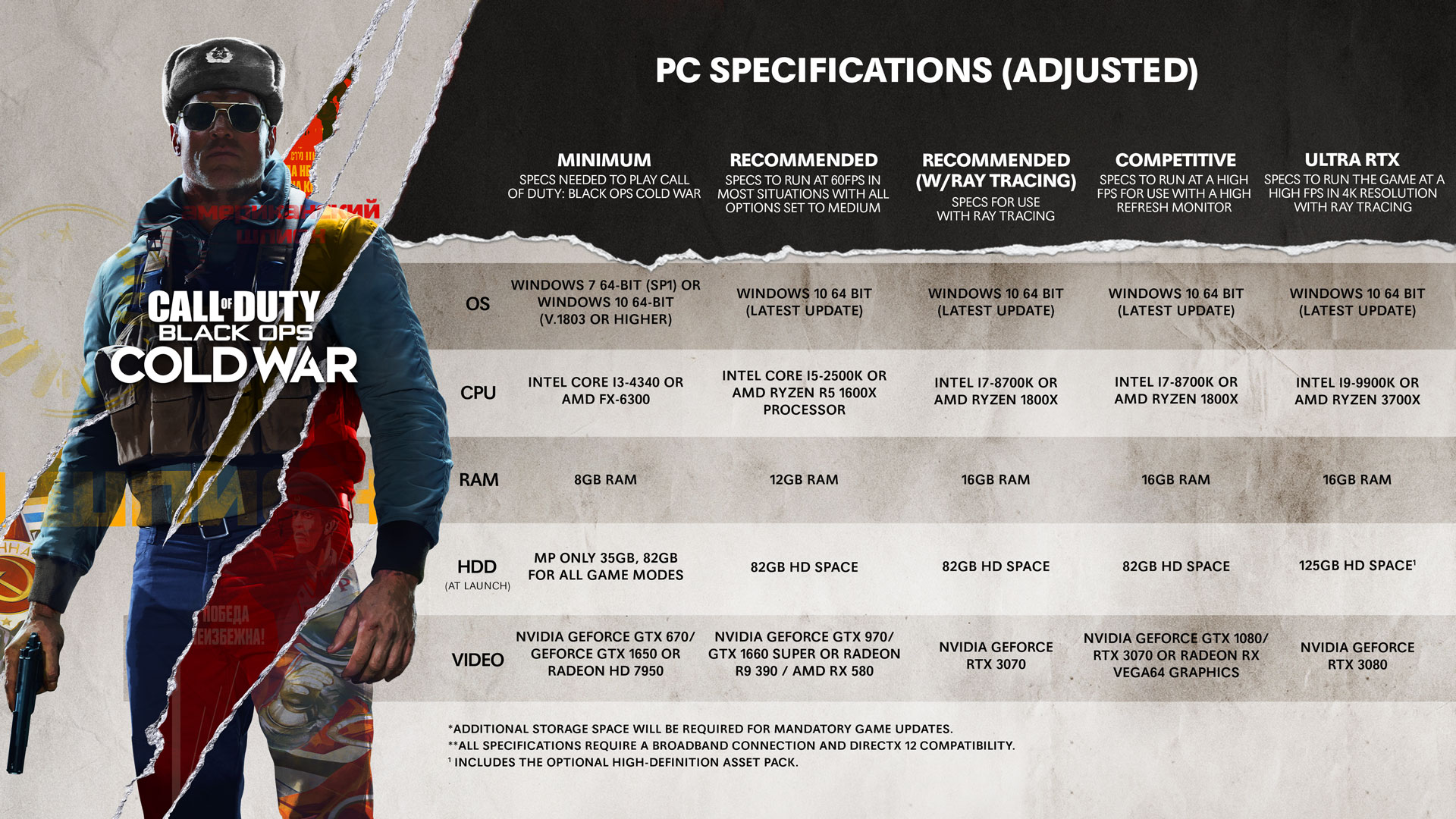 Unless the game unlocks ahead of its intended release date, early access is very unlikely.

But if you do manage to get a copy of the game early, the servers usually go online a week before launch to stress test and ensure lobbies are populated at launch.