Fortnite Season 4: Week 11 Challenges Guide - Release Date And Time, Rewards, Cheat Sheet, How To Complete FAST And Everything We Know

Fortnite's Chapter 2 Season 4 is live and we're heading into week 11 for challenges.

Last week's challenges had players performing some hit and run manoeuvres as well as plenty of simple kill based challenges.

Week 11's challenges are still shrouded in mystery with no real idea being found my dataminers ahead of their release.

The new challenges will arrive on the 5th November 2020 at roughly 2-3pm GMT.

The Week 11 challenges have been replaced with Fortnite XP Xtravaganza Week 1 Challenges.

These are squad assisted challenges to help you rack up XP fast.

@TheBriteFuture has revealed an idea of what we can expect, but it's still a mystery as to what's to come at this time.

Here are the challenges:

As more information is found we will update this piece accordingly.

How To Complete The XP Xtravaganza Challenges

Here's how to complete the challenges:

This challenge is extremely easy, load into a Team Rumble game and look for a scoped AR or Sniper Rifle.

Wait until the final circle and unleash on to players when possible.

Use Superpowers To Eliminate An Opponent

There are a few ways to do this, you can either eliminate Iron Man, Dr Doom or Wolverine and pick up their abilities.

Or you can head to a Quinjet patrol location, shoot the Stark Industries drones and they will drop a random superpower.

Finally, you may be able to do this in the Marvel Knockout LTM.

Around the map are strategically placed rifts that you can access.

While you may not be able to use them all in a single match, you can probably use a number of them to speed things up.

Here's an idea of where the Rifts are: 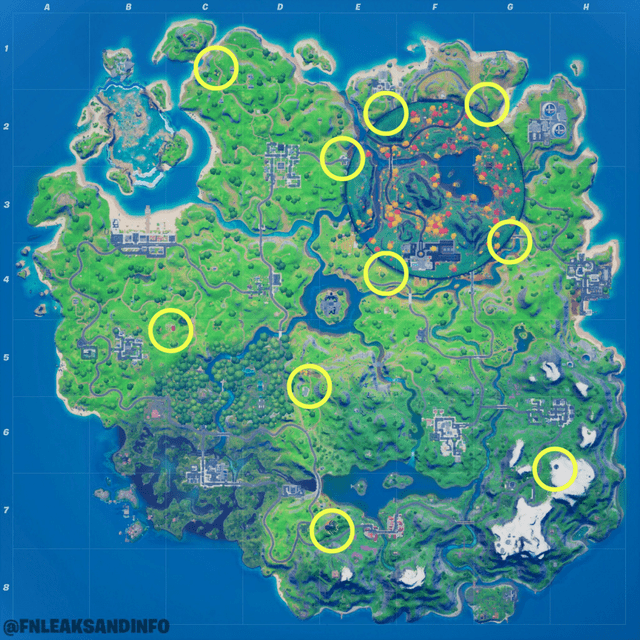 We recommend sticking around the Stark Industries island as there is a potential 5 around there.

Uncommon weapons are the Green weapons, so you're unfortunately not going to be able to do this in Team Rumble.

My favourite workbench and spot to upgrade weapons is in the building off the shore of Craggy Cliffs.

There's an abundance of weapons in this named location for you to upgrade, but you're going to need plenty of materials to do it!

Visit All Named Locations In A Single Match

This one is extremely tricky to do in a single game, so you'll likely need to play a squads match and hope the circles are kind to you.

This challenge can be assisted by your teammates.

You need to visit: