COD Mobile has just celebrated its first anniversary in Season 11.

As players got their hands on an anniversary-themed Battle Pass, weapon skins and so much more, the focus has begun to move towards Season 12.

Find absolutely everything we know so far about the upcoming season!

Along with the launch of new content, there have been a number of changes made to COD Mobile. These changes can be found below:

The launch of Season 12 has seen two new weapons added into COD Mobile.

The AGR 556 is a brand new SMG and the .50 GS is a secondary weapon that backs a hefty punch!

The AGR is unlocked by reaching Tier 21 in the Battle Pass while the .50 GS will be coming on November 26th as part of the Small Arms Seasonal Challenge.

Thrill of the Skill

This is a four-part challenge which sees players having to use a variety of Operator Skills in Multiplayer. Here are just a few of the rewards that can be earned:

This challenge has a heavy focus on Assault Rifles and SMGs. This is much more challenging than Thrill of the Skill but there are more rewards on offer. Check some of them out below:

The start of a new season means new rewards to earn from the Battle Pass!

Find everything up for grabs in the free and paid Battle Pass below:

With Season 12 now live, there are some brand-new game modes to jump into. 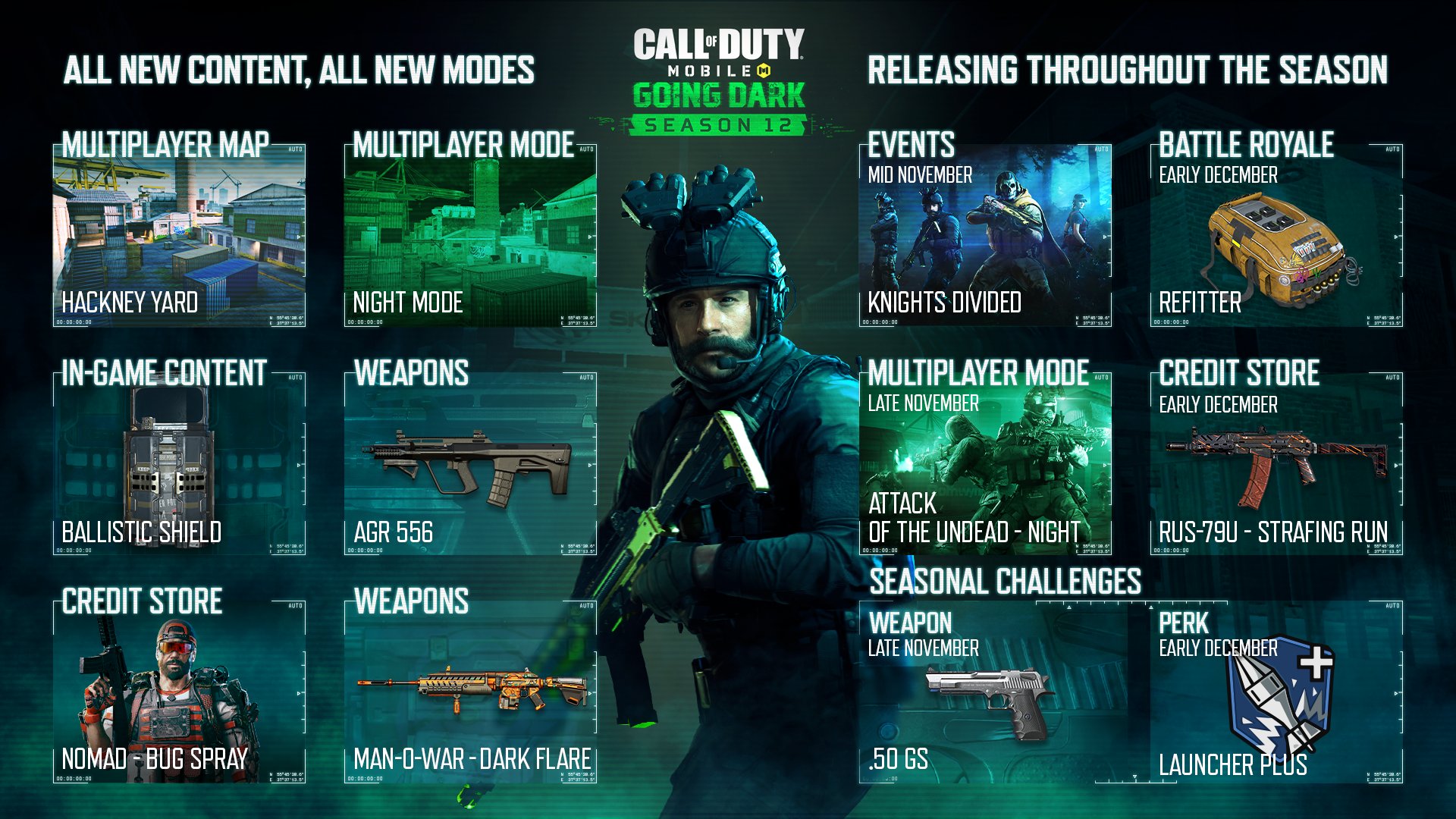 The new season is coming this week and COD Mobile has teased a few of the items coming to the mobile FPS.

👍🏼 Season 12 is deploying this week & it's packed with new operators, weapons, and gear!

🔓 New Battle Pass will be available to unlock tomorrow at 4PM PST in #CODMobile! pic.twitter.com/edRj8nwkzM

As part of Season 12, there will be a brand new Operator Skill available to use in Multiplayer.

The Ballistic Shield drastically increases your resistance to any enemy gunfire and gives you the ability to eliminate opponents with a fully automatic pistol.

See it in action below.

⬆🛡 Raise your defenses while also...⁣
💥 gunning down your enemies!⁣
⁣
🆕 New Operator Skill, Ballistic Shield is coming to #CODMobile in the next season! pic.twitter.com/Iwrpcobvxc

A brand-new Class for Battle Royale has been revealed.

Known as Refitter, this class gves you the ability to resupply armour and gives you access to a perk that slowly repairs and increases the durability of armour too!

Check it out in more detail below.

🛡👌🏼 Be ready for any fight by gearing up on those shield plates for you and your squad!⁣
⁣
🆕 New Battle Royale Class, Refitter is coming to #CODMobile in the next season! pic.twitter.com/iKIMYrXhaG

After leaks uncovered that Night Mode was arriving as part of Season 12, it has been confirmed.

Check out a sneak peek below!

The end of Season 11 takes place on November 13th, suggesting that the start of the new season will begin soon after.

It is likely that Season 12 will begin on November 12th, just 24 hours after the end of the previous season and 24 hours before the hotly anticipated release of Black Ops Cold War!

As always, the start of a brand-new season of content often sees the introduction of some new maps for COD Mobile.

Season 12 is no different. Notorious leaker @CODM_Updates has uncovered that there will be a total of three new maps coming as part of Season 12. 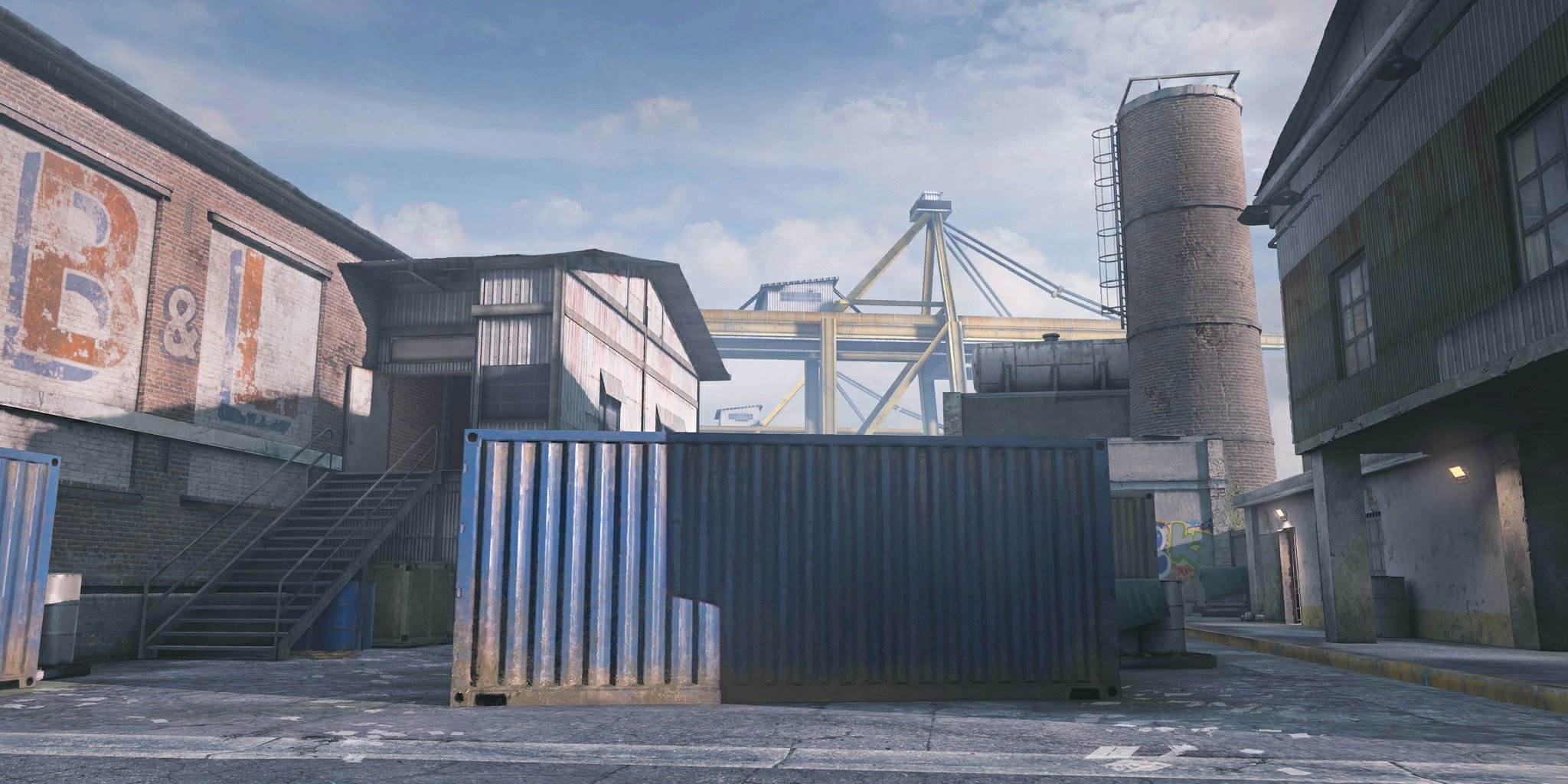 Crash from Call of Duty 4, Hackney Yard from the 2019 reboot of Modern Warfare and Summit from the original Black Ops game are set to be added into the game.

The leaker also revealed that there will be night-time iterations of all three maps, suggesting that Season 12 could well be “going dark”.

The start of a new season means a brand-new Battle Pass to unlock a variety of rewards.

There will be new Epic characters, weapons, charms and more. 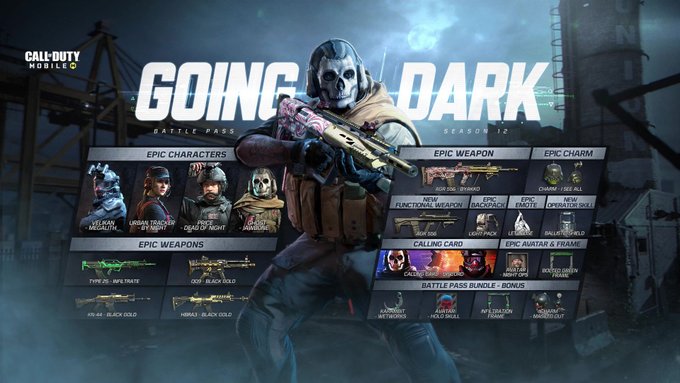 COD Mobile Zombies was removed from the game all the way back in Season 4.

Since then, there have been several leaks and rumours suggesting that the popular mode will be making a return to the game but nothing has materialised.

Will Zombies return to COD Mobile to coincide with the release of Black Ops Cold War? We will have to wait and see…

Players are still waiting to use the 48-Dredge LMG which has been in the game files since Season 4.

It looks like players will have to wait a little longer to get their hands on the weapon after Activision revealed that the LMG will not be arriving in Season 12.

What weapons are being added for Season 12?!

In a recent video, an eagle-eyed viewer spotted a player using two primary weapons, seemingly suggesting that the Overkill perk will be arriving to COD Mobile in the not too distant future. 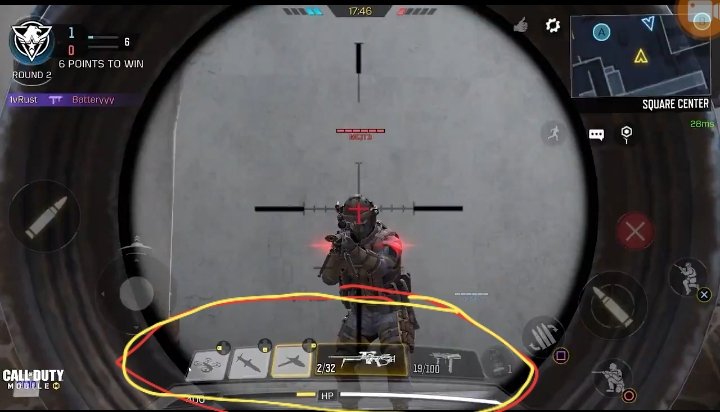 Although the screenshot certainly looks convincing, Activision has stated that it isn’t comfortable with the overall weapon balance in the game, meaning the likelihood of Overkill making it into Season 12 is slim.