Borderlands 3 is getting fresh DLC on November 10, the same day as the game launches on Xbox Series X/S and PlayStation 5.

The new Arms Race mode will offer a new roguelike experience as part of the Designer's Cut DLC.

Arms Race is framed as a reality show hosted by Borderlands 2 characters Axton and Salvador, and tasks players with looting to survive.

Players start with no gear or abilities and will need to earn gear and reach an extraction point to be able to keep any loot earned in a run.

Playable in co-op, failing to make it to the end will ensure you lose all loot.

The addition will be part of the Designer's Cut DLC, while players that own the game's season pass will be able to unlock new Multiverse Final Form cosmetics for each Vault Hunter. 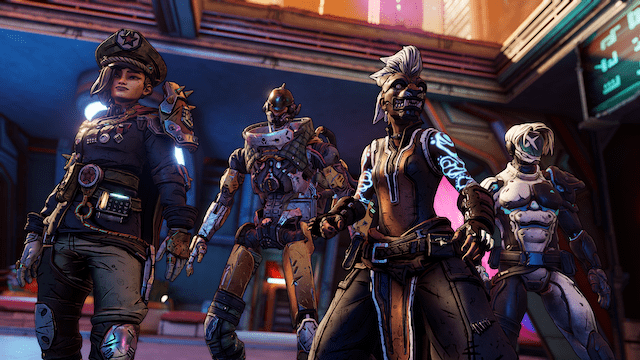 The cosmetics are also included in the Ultimate Edition of the game, which is available for all consoles and includes both season passes.

Finally, the next DLC, the Director's Cut, will add additional missions, end-game content and behind-the-scenes extras in Spring.

Borderlands 3 will get next-gen enhancements when PS5 and Xbox Series S/X launch at no extra cost.