Things go bump in the night.

There’s a real confidence about Little Hope, the second instalment in The Dark Pictures Anthology and Supermassive Games third attempt at an interactive horror/drama.

2015’s Until Dawn revelled in cheesy B-movie tropes, whilst last year’s Man of Medan (the first entry in the aforementioned anthology) took itself a tad too seriously.

By contrast, Little Hope manages to strike a fine balance between both past extremes to create the perfect mixture of the two.

There are some ridiculously silly moments here, like when a character reacts to their friend nearly being dragged to a watery grave by a chained demon with borderline indifference, but there are also plenty of genuinely tense scenes where you’ll swear you’re seeing ghostly shapes looming in the background.

In short, it’s one of the most enjoyable horror experiences of the year.

Little Hope follows a cast of five playable characters who find themselves stranded in a fog-covered town after their bus crashes, they soon uncover the titular setting has a dark past and that they are somehow connected to the evil that has gripped the place. Imagine Silent Hill crossed with The Crucible, and you’ve got the general gist.

As is now a trademark of any entry in The Dark Pictures Anthology how the story plays out is directly impacted by your dialogue choices and decisions at critical junctions. Little Hope rather smartly doesn’t always make it obvious when you’re facing an important choice, and you can condemn characters to a grim fate rather early on without even being aware that you’ve sentenced them to death. 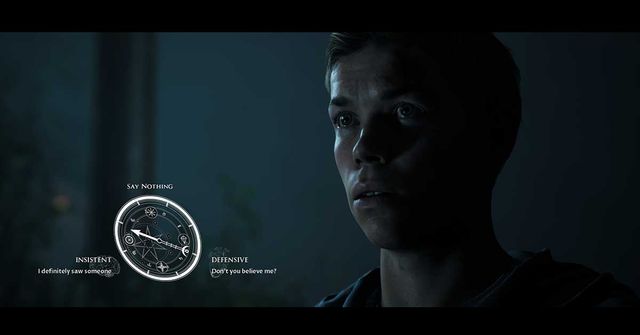 Your dialogue choices have a big impact on the story

All five characters can live or die depending on your actions, which gives each scene a wonderful sense of tension. There are no redos if someone snuffs it, you just have to live with the consequences of your actions. More than once I found myself lamenting an action (or inaction) due to the ghastly outcome of my decisions.

The five themselves are likeable enough that you’ll want to keep them all alive until the closing moments, which certainly helps keep things engaging. Will Poulter is the big celebrity name this time around and he does a great job alongside a talented cast all of who both voice and mocap their characters.

The game is, on the whole, paced pretty well, though there is a chunk in the middle of the 5-hour runtime that does drag ever so slightly. There are a few different narrative strands to follow including scenes set during the Little Hope Witch Trials in the 17th century. These flashbacks are easily the strongest moments of the game.

Without veering into spoiler territory, the game’s narrative conclusion manages to just about wrap up the several dangling plot threads in a satisfying manner, and you’re likely to find yourself itching to replay it all over again as the credits start to roll.

Little Hope is terrifying enough that you might find yourself wanting to look away, but resist the urge and you'll find a game that is downright stunning to look at from start to finish. 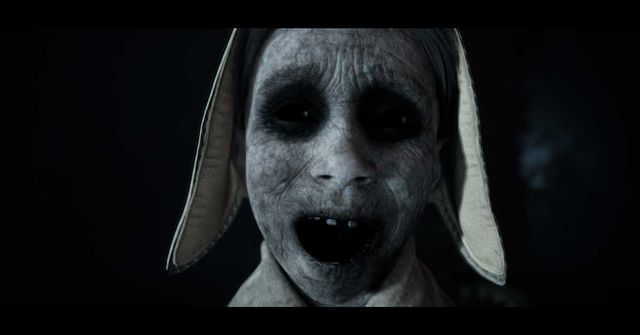 The character models are emotive, the environments feel oppressive in the best possible way and the animations in action sequences feel much improved compared to Supermassive’s previous work.

While a few, unfortunately, placed loading screen impact the pacing of a couple of scenes, on a technical level this is a very impressive game on the whole.

The general structure of the game will feel familiar to anyone who played Man of Medan but there has been a handful of small quality of life changes added to improve the formula.

Most of these, such as smoother transitions after dialogue choices and improved animations are welcome refinements, but one new addition actually robs the game of some tension.

Quicktime events are a big part of Little Hope and now the game will warn you before one is about to pop up. This was a community requested feature, however, it makes every single QTE segment almost impossible to fail which makes the chances of losing one of the characters to a mistimed button press pretty slim.

Little Hope can also be experienced cooperativity, with each player being assigned a character (or a couple) to control inturn.

This mode is available online or off and adds a further degree of unpredictable to proceedings as you try and keep your specific character alive. In fact, the game even recommends co-op as the default way to play, so it’s certainly not an afterthought, it’s the intended way to experience Little Hope. 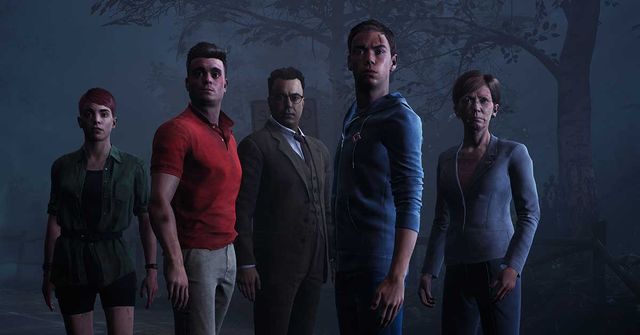 Survive together with friends, or everyone for themselves...

It’s worth noting however that some characters definitely get more screentime than others, so be prepared for some stretches where your assigned cast member might be idle for a while if you choose to play with friends.

Like the games that came before it, the real joy in Little Hope is in replaying the game multiple times to experiment with different decisions, and, let’s be honest, to see all the grisly ways you can get each character killed!

Little Hope doesn’t reinvent the formula that Supermassive has been tinkering with for five years now, but it’s the most distilled version so far.

Neoverse Trinity Edition Review: A Deck In Need Of A Reshuffle

Valheim Review: Is The Latest Steam Hit Worth Buying?