The hooded figure has been revealed!

With just a few weeks until the release of Call of Duty: Black Ops Cold War, the antagonist behind the infamous PawnTakesPawn teaser has been revealed!

The PawnTakesPawn website has been used to reveal a variety of information surrounding the latest instalment of the Call of Duty franchise.

It includes the reveal of the very first trailer and details surrounding the anticipated return of the Zombies mode.

Before any reveal has taken place, a mysterious hooded figure has posted a cryptic message which would be the foundations to the impending reveal.

On October 26th, several content creators revealed that Activison had sent out slides said to link to another part of the Black Ops Cold War reveal.

The slides feature a range of semaphore letters but their purpose is still unknown.

As several members of the community attempted to begin deciphering what the slides could mean, Black Ops Cold War developer Treyarch posted another cryptic message from the hooded character.

During the message, the figure pulls their hood down and identifies themselves as William Bowman, son of Joseph Bowman, a character from the very first Black Ops Game!

Joseph Bowman appeared alongside Mason and Woods during their time in Vietnam in the first Black Ops game.

During the events of the game, Bowman was killed by a Russian interrogator while captured by the Viet Cong.

Judging by this and his previous messages, Bowman’s son appears to be seeking revenge. 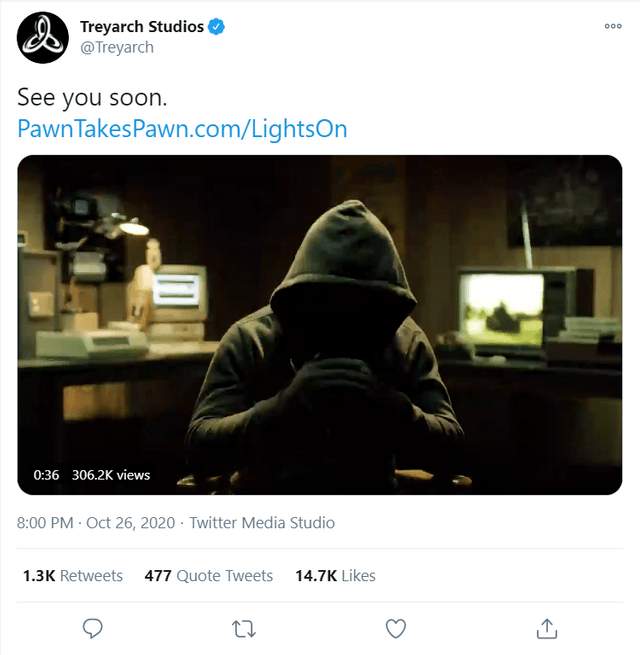 The hooded figure has FINALLY been revealed!

This revelation further confirms that Black Ops Cold War is a direct sequel to the first Black Ops game which released in 2010.

Released alongside the video was another link to the PawnTakesPawn website. Once accessed, it reveals that something is coming on October 28th at 8PM GMT.

We’ve already had a reveal for the campaign, multiplayer and zombies so what could be next?! We will have to wait and see…

Black Ops Cold War: How To Change Your Reticle