Original Story - The gravy train of Mortal Kombat 11 DLC continues to get better and better.

With NetherRealm preparing to release MK11 Kombat Pack 2 - containing Rain, Mileena and John Rambo - there's never been a better time to jump back into the game.

Ahead of Kombat Pack 2 launching, we've been given plenty of teasers and gameplay footage for these new fighters.

One of the most surprising, undeniably, is Rambo, who joins fellow 1980s action movie icons RoboCop and the Terminator.

According to NetherRealm, this version of Rambo "relies more on stealth than he does on gunplay" and uses "the environment itself as a weapon, deploying a variety of traps which use elements like tripwires, swinging logs and hidden mines".

Which isn't to overlook his skill with the knife and compound bow, they play a part too.

These toys are all on display in Rambo's ultimate fatality finisher, which we're focussing on in this page.

That said, if you want more info about fatalities from past DLC characters, don't worry we've got you sorted.

Just below are links to those characters just below.

For now, let's focus on the reckless lone wolf. 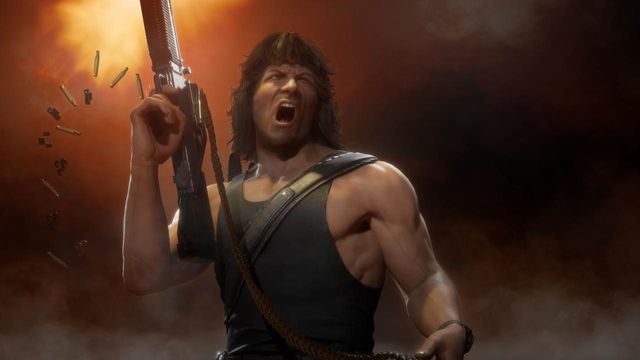 We should probably explain how our shorthand input key works first, otherwise, you won't know what to press to perform Rambo's fatalities. So here it is.

Movements: (pretty standard really)
Forward
Back
Up
Down
Close (practically touching your opponent)
Mid (roughly two backspaces away from the opponent)

Read More - Mortal Kombat 11 Fatality List: How To Do All MK11 Fatalities? 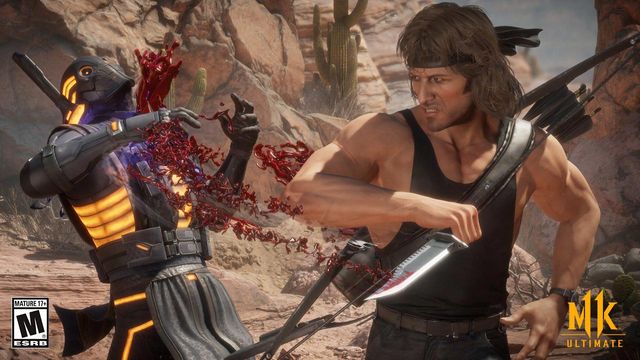 If you're not sure how to perform these inputs, check out our MK11 inputs guide just above.

WoW Shadowlands Release Time & Price: What Time Will Shadowlands Start And How Much Does It Cost?