Doom Eternal "The Ancient Gods Part 1" Review: The Kind Of DLC That Really Revs Your Chainsaw

2020 has been some year, feeling like it’s been the length of at least two normal years. Perhaps that’s why Doom Eternal feels like it came out so long ago. With The Ancient Gods Part One, new Microsoft studio iD Software provides a timely reminder of why the game deserves to be on your “Game of the Year” shortlist.

Set after the end of the base game’s campaign, Ancient Gods Part One is more than just a simple DLC. Harkening back to the days of standalone expansions for shooters of old, there’s a huge amount of content here - don’t be fooled by that “Part 1”.

Sent to Urdak to clear out more demons, The Doom Slayer’s storyline here doesn’t get much more complex (or necessary) than it was before, but it’s a great excuse to check out some more otherworldly locations. 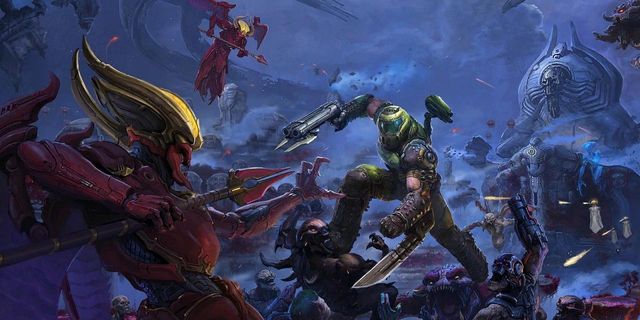 Prepare to rip and tear all over again

What hasn’t changed (in the best way) is the core combat loop. You’ll alternate between chainsawing foes for ammo, glory killing them for health, or setting them on fire for armour, just as you did in the base game, all while bobbing and weaving through intricately designed combat scenarios that reward creative use of all of the lethal tools at your disposal.

That’s not to say it’ll be easy, though. Jumping into Ancient Gods, any rustiness will see you torn asunder by demonic foes. It takes some time to rekindle the balletic brutality expected of the Slayer, but it’s so rewarding once you do.

After spending hours mastering the best way to carve through the armies of Hell earlier this year, I had to put in the hard graft to learn how best to deal with the new monsters the expansion threw at me. 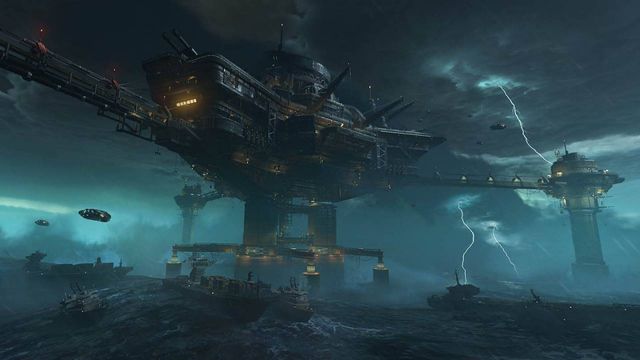 Doom Eternal remains one of this console generation's best-looking titles

The new Harpies need to be attacked when they drop their guard, while turrets deal huge damage. Finally, a new enemy that boosts the damage output of its comrades puts extra emphasis on target prioritisation.

Assessing all of the enemies in a room, then setting about clearing waves of enemies like a sci-fi John Wick feels almost rhythmical.

Speaking of rhythm, the one downside of The Ancient Gods Part 1 is in its soundtrack. It’s not bad, it’s just nowhere near the powerful riffs and breakdowns of Mick Gordon’s work in the main game and its predecessor. It just feels flat and uninteresting.

If you’ve been hankering for some more Doom Eternal, you’ll get it in spades here. Over the course of my six hours with the game, I felt like I was home. I was ripping and tearing with the best of them, and by the time the dust had settled, I was itching for part 2.