Perhaps the most anticipated feature of this DLC is the return of all the legendary Pokemon from previous generations.

We have seen trainers go bananas over certain Pokemon, such as the Swords of Justice Pokemon.

Now, players are trying to get ahold of all the legendary Pokemon are they are 100% catch rate.

One of these Pokemon is causing a lot of problems for players is Victini.

Here's how to find and capture it!

After players have spent all weekend trying to find Victini, it appears Victini is not obtainable as of now.

JoeMerrick who is the webmaster behind Serebii posted the following Twitter thread noting why Victini is not in the game. 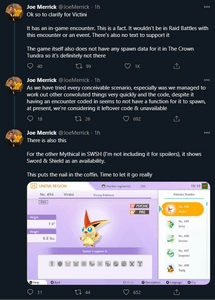 As of now, no one has actually been able to find and capture Victini.

However, an important note is to be made that Victini's data was found within the game files.

Twitter user CentroLeaks posted the following image which notes that Victini is in the game. 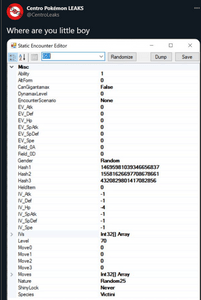 In fact, Victini is actually supposed to be a static encounter within the overworld of the game.

Similar to how players encounter the Regi's or Calyrex within the Crown Tundra.

But, no one has been able to encounter Victini as of now.

People have speculated that perhaps it will be a static encounter somewhere within the overworld once you complete the Galarian Star Tournament.

This would not surprise as, as Victini's Pokedex entry according to bulbapedia is:

This Pokémon brings victory. It is said that Trainers with Victini always win, regardless of the type of encounter.

So, perhaps being victorious within the tournament will grant you an encounter with Victini.

We will have to wait and see what occurs!

How to Transfer Saves From PS4 To PS5