Inaki Williams has received an SBC in FIFA 21's Ultimate Team for the Rulebreakers promotional event!

With stats being swapped over to create different dynamics for players, it has also given non-usable players a chance to thrive.

Inaki Williams sits in between these spots with a card that is great when starting off, due to his good finishing and rapid pace, but 2 star-weak foot and clunky frame can cause a lot of problems.

Hopefully, these cards will change all of that.

The SBC went live on the 23rd October at 6pm BST. 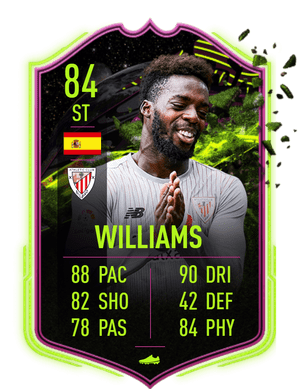 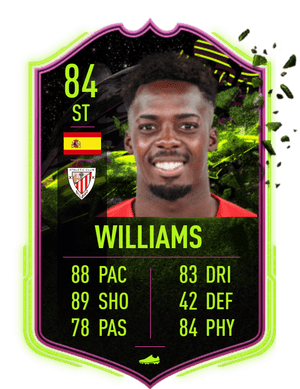 To get this Inaki Williams Rulebreakers Pick card you will need to submit the following squads:

For the Top Form squad, due to the low chemistry requirement, you can focus on using high rated cards without the worry of linking them.

Brazil has a number of high rated players for cheap that will allow you to mee the simple 60 chemistry requirement.

With National Duty, it's, even more, easier with chemistry. Fortunately, La Liga have a lot of high rated cheap players.

It means you can collect a decent amount of chemistry easily. Players like David Silva, Toni Kroos and Luis Suarez can massively boost the ratings for cheap should you need it.

So is it worth it? Both cards are extremely nice and great for a La Liga squad; I think if you have the coins and have been waiting for the right striker, it's a good pick up and a great super sub down the line.

Inaki's 2* weak foot could be off-putting, but he's very fast and strong.

A chemistry style could easily pick up where he may lack (such as shooting or dribbling).

I think in this current climate, it might be better to pick up the version with high dribbling and stick a Hunter chemistry card on him.