Double the XP, double the fun

Apex Legends Season 7 is coming earlier than we expected!

This may sound like great news, but for players hoping to grind out the last levels on the Battle Pass it is the worst possible.

Thankfully though, anybody looking to reach the MAX level has been rewarded with a little bonus to make up for the change.

From now until Season 7, all XP will be doubled!

How To Reach MAX Level in Apex Legends

Firstly, by owning the Battle Pass you’ll be granted some bonus XP rewards, so on this note, if you’re hoping to grind then buy the pass it may be more effective to do the reverse!

Additionally, playing with two friends will give you another XP boost too.

Next up you need to focus on how you play Apex Legends if you want to maximise your levelling!

Apex Legends rewards players for surviving, not being aggressive. 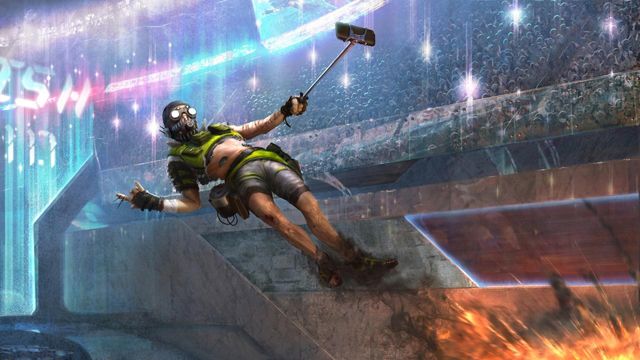 Scoring kills is definitely fun, but if levelling up the Battle Pass is your goal, you need to be mostly running and hiding as the XP granted for lasting longer in a match far outweighs what is earned for eliminating players and bringing back teammates.

Winning or even just ending up in the Top Three is also going to earn you massive amounts!

After changing your play style, you’ll also need to switch up your Legend.

With the Battle Pass each week, each legend will net you 25,000 bonus XP over your survival time.

Once you earn this 25,000 XP, swap your Legend and you’ll get another bonus!

That’s an immense amount and one-SIXTH of the max XP you’ll need to reach level 100, so well worth earning.

You’ll also get 500 XP per Legend for your first kill of the day, not loads but with the boost, it’s now 1,000 XP which is a significant amount!

Finally, play as much as you can.

Time is still going to be a limiting factor in your ability to reach level 110, so you’ll still need to play a lot even with the boost.

Good luck on earning those levels!