With everyone desperately waiting for Breath of the Wild 2, we've had little to no explanation why the title was announced in 2019 and has had no additional information since.

The sequel to the 2017 adventure was originally announced at E3 2019 and we've heard nothing since.

While Age of Calamity, a Zelda title created in the Hyrule Warriors franchise, will arrive to plug the hollow feeling we all have in our stomachs, it's hardly the same thing.

Many fans have been frustrated with the lack of communication on the next adventure for Link and Nintendo felt the need to address it after Age of Calamity was revealed.

Stating that more information will come soon, it could be that we're told exactly what we already know - that the game is delayed.

But why has it been delayed? Here are our theories.

Why Has Breath Of The Wild 2 Been Delayed?

First off, it's important to say that the game hasn't officially been delayed as it was never given a release date, to begin with.

But, it's very odd for Nintendo to announce a huge title like this and not proceed with more information almost a year and a half on.

More Sales Than The Original

The first theory is that this game will sell like hotcakes and reap huge rewards, especially if it's done right.

There's no doubt the consumption of Switch consoles skyrocketed over the past year, partly due to the pandemic and titles such as Animal Crossing: New Horizons soaring in popularity.

Wedbush analyst Michael Pachter believes that the sequel will outsell the original.

It makes total sense, there are infinitely more units in homes now compared to when the original game launched.

When Breath of the Wild launched with the Switch, players may have been hesitant to pick it up due to the price and lack of games at launch.

Now the Switch is thriving with a huge catalogue of games to choose from and it makes sense to pick one up now.

Nintendo is obviously aware of this, meaning a sale on the game is far more likely and they are patiently waiting to make the most of the opportunity. 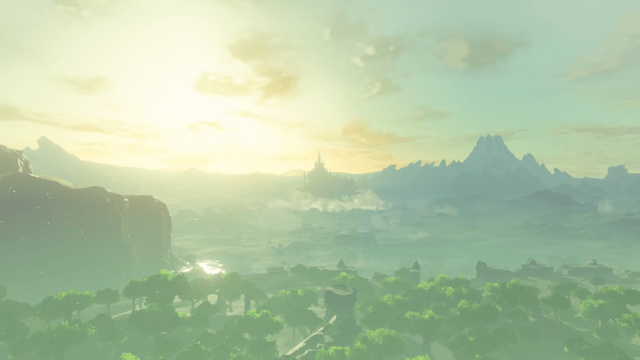 SAME, BUT DIFFERENT: Will revisiting Hyrule bring the same charm?

Could a new console be on the way? It almost contradicts the above theory, although we have no doubt if a new console did drop that Nintendo would launch the sequel on the original Switch.

Perhaps, Breath of the Wild 2 will be a flagship launch title for the new Nintendo console.

With Microsoft and Sony stepping into the next-generation of consoles, Nintendo may need to act quickly to keep up.

Rumours have surfaced again about a Switch Pro with a 4K resolution - set to arrive in 2021.

Bloomberg has previously stated that Nintendo is asking developers to make their games 4K-ready.

Takashi Mochizuki wrote: "The introduction of a more affordable Switch Lite variant in late 2019 helped broaden the machine’s potential audience and Nintendo is making preparations for an upgraded Switch model and a beefed-up games lineup for 2021."

How else will you get customers to buy into a "new console"? Buy putting a must-have game on it.

It Needs To Be A Standalone Game

The idea for the sequel has spawned out of a concept for DLC in Breath of the Wild. It grew enough momentum that Nintendo actioned a standalone release.

It's a tough task to create a sequel, especially when its set in the same universe and environments; as we anticipate for this title.

Perhaps, Nintendo underestimated how good their ideas were on paper and whilst developing the game they realised it lacked a severe amount of originality.

While many of us will no doubt enjoy re-treading familiar grounds, some of whom may have never roamed around Hyrule before, there will be others that feel it may not have enough originality.

It's hard to imagine this new game will massively differ to the original, it could be that Nintendo has taken a retrospective look at their product and realised it's not good enough in its current state.

Zelda games are special and carefully crafted with no decision taken lightly. I can't think of many Zelda games that lacked originality.

If Nintendo isn't careful, this could be the sequel that no-one asked for and ultimately no-one wants.

I am sensationalising things, I would happily revisit Breath of the Wild, but it needs to have its own reason for being there.

Possibly, the most likely and easiest explanation is the global pandemic. COVID-19 may have impacted development in ways we're not aware of.

Leading off my previous point, this virus may have slowed down the development process due to the fact that they wanted to add more to the game.

Hyrule Warriors: Age of Calamity: Release Date, Trailer, Gameplay, Characters, Price, Story, Screenshots And Everything We Know About The Breath of The Wild Prequel