FIFA 21: Ultimate Scream Predictions - Who Will Be In This Year's Scream Team?

The FIFA 21 Ultimate Team ‘Ultimate Scream’ Promotion is expected to arrive very soon in FUT 21, celebrating the spooky period of the year around Halloween time.

Being the first major promotion of the year that introduces new, upgraded cards into the FUT ecosystem, Ultimate Scream is certainly one to keep your eyes on!

Here’s our prediction for a number of exciting cards that could be set for some “supernatural boosts” soon in FUT 21!

While nothing is confirmed for FIFA 21, we’d expect Ultimate Scream to be arriving either this Friday 23rd October or Friday 30th October, lasting for 2 weeks.

Last year, Ultimate Scream commenced on Friday October 18th, however, with the slightly later release of FIFA 21, we can expect to see this pushed back a little.

Here is our prediction (and wishlist) for some cards we’d love to see included in the FIFA 21 Ultimate Scream Team.

On the lower-rated end, we’d love to see a Henry Onyekuru card included in the Scream Team.

With bags of pace and skill, he also has the all-important AS Monaco link to a certain Wissam Ben Yedder. 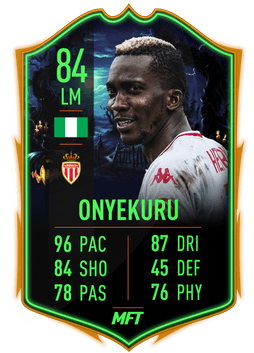 As Dest missed out on an OTW card, we think he’d make the perfect inclusion in the Ultimate Scream team, filling a rather sizable gap in the RB spot for La Liga teams! 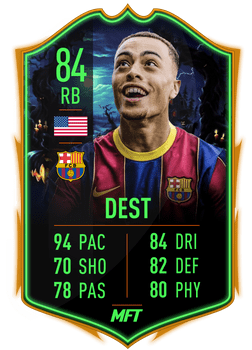 Kalvin Phillips has been part of an exciting Leeds team of late, earning himself an England call up in the process.

What better way to award these achievements with a frightfully well-rounded Scream item.

Seeing Arjen Robben back on a football pitch is something we’ve all wanted, however, his FUT item isn’t currently that usable.

A scream boost with a big pace upgrade could bring Robben back to his former glory!

The 2nd half of Robbery has to be included in the Scream Team selection, again with a big pace boost.

We’d love to get our hands in this 5* skiller for our Serie A teams!

The Manchester United captain would be the perfect defensive option in the Premier League to be included in the Scream team, with a pace upgrade making a relatively slow and unusable card one of the best in the league.

Marcelo is a fan favourite of FUT promotions, with the possibility of a pace upgrade to make him one of the most highly desired full-backs.

With 5* skills and a pace boost, he looks like a scary option to come up against in the left full-back role.

A cheeky position change here, but something that EA Sports aren’t opposed to!

A ST Pulisic with a large upgrade to his shooting, dribbling and physical stats could be a marquee player in the Scream Team selection and one we’d love to try out.

A true fan favourite from the Eredivisie for his pace and skills combo, Promes would be a standout player in FUT 21's Ultimate Scream team.

While he may be difficult to link, with a potential Robben scream item as well, you’ve got a terrifying attacking Dutch duo.

Marco Reus is again one of those players that have fallen down in popularity over recent years due to his drops in pace.

Ultimate Scream could certainly fix that with a large pace upgrade, boosting him back up to the card he once was.

A PSG card typically makes it into most promotions and Gueye looks to be a solid selection.

With some all-around pace and general stat upgrades, he could quickly become a very popular CDM option to link the likes of Neymar and Mbappe into teams.

Silva's another player that has missed out on an OTW card through the fan vote, David Silva could be a prime candidate for a Scream Card.

Boosting his pace, physical and technical stats to make him a card closer to his prime would certainly attract attention and demand for La Liga teams.

Given Liverpool’s current CB crisis, a position changed Fabinho card could be in the pipeline for Scream this year.

Boasting a big pace upgrade would bring him up the power curve, Fabinho would be a perfect ball playing CB, with a perfect link to Alisson in goal.

Heung Min Son has been on fire so far this season, bagging tonnes of goal contributions in the Premier League.

Seeing as he’s missed out on a couple of possible IF items, could he be getting saved for an incredible Ultimate Scream card?