Embody the Spirit of Vengence

Fortnite Chapter 2 Season 4 is welcoming the arrival of Galactus with a host of new Marvel skins.

And following Blade and Daredevil, it looks like Ghost Rider is next!

Fortnite has tweeted a teaser image of the new Ghost Rider skin, and some clever folks have gone ahead and adjusted the setting of the image.

Here's what the skin will look like according to ShiinaBR! 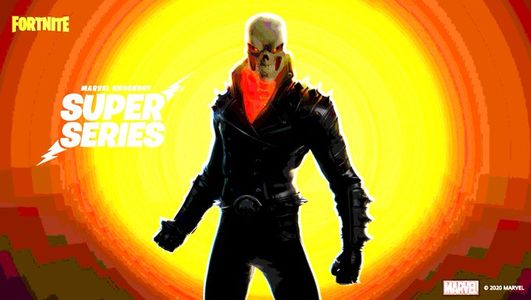 Ghost Rider doesn’t have a confirmed date yet, but he seems likely as the free skin for the next Marvel Cup Series.

He definitely fits a Halloween vibe and follows Daredevil, who was also previously teased on a comic-book cover. 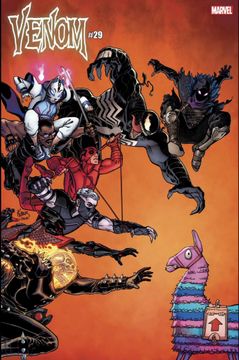 What is more, Fortnite leaker Merl suggests Ghost Rider has been added. 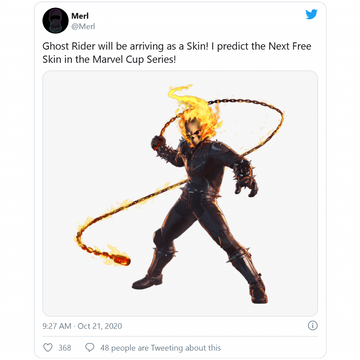 His prediction is at least worth taking note of, even if his evidence isn’t all there.

The prediction is now further backed up by in-game Legacies, little bonus achievements and challenges.

We aren’t yet sure but it will probably match up to Daredevil’s price of 1,500 Vbucks, or 2,200 if you get the Skin,  Pickaxe and Backbling all together.

For his back bling, we’re hoping for a flaming tyre or perhaps some other flaming hologram style logo.

That would be rad!

It’s hard to imagine Ghost Rider flying in, so perhaps he’ll ride on his motorbike.

It could be like the Travis Scott rollercoaster glider, and create a fiery road underneath it as he falls down to the island.

That glider would be amazing on its own, and will likely be 800 V Bucks.

Ghost Rider’s iconic chain whip weapon could make for a cool looking pickaxe, or a bit weird depending on how the physics all work.

Perhaps some kind of fire version of Storm and Psylocke’s pickaxes could be on the cards instead, but we aren’t 100% sure on that.

Whatever it is, we predict it will be 800 V bucks, like Daredevil’s.

Daredevil didn’t get any punchcards, but we hope Ghost Rider does!

We want to see his flaming motorbike be added as a vehicle, leaving fire its wake.

Burning an enemy into an elimination with this would definitely be worth 15,000 XP.

Known for his bike and flaming powers, Ghost Rider could see a few options.

Perhaps he’ll get to use the ‘Cherry’ fireball powers if they aren’t for Captain Marvel, or as we’ve wished his bike could be added instead.

His whip is also possible, acting as a longer range weapon that could maybe work as a grappling hook too?

When Will The Ninja Skin Come Back To Fortnite?