'The Haunting of Verdansk' will take place between October 20th and November 3rd.

Players can expect a two week period of spooky cosmetics and new LTMs.

There's plenty of new content to get stuck into this Halloween so let's check out what players can expect:

The SAW and The Texas Chainsaw Massacre bundles will be available at the start of the Halloween event.

It's fair to say these cosmetics are bound to give other players a scare when you peek around a corner.

They'll be available on the paid store from October 20th to November 3rd.

Don't forget to pick them up before the event ends! 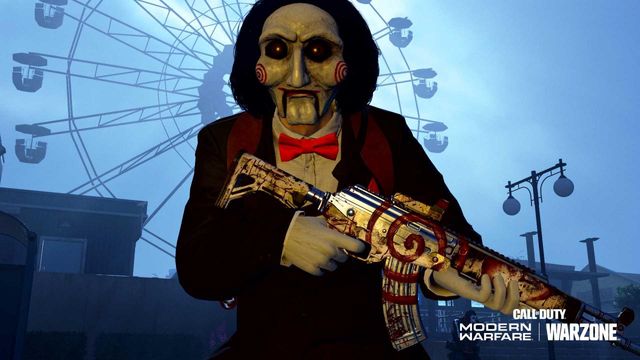 These crossover skins are not the only spooky cosmetics coming to the game this Halloween.

You can expect other operators to be suited with various new skins and blueprints.

The Dr. Karvlov Bundle will be available over the period of the Halloween event.

Check out the Call of Duty blog's description of Karlov below:

"Driven to a point of no return after countless failures in his laboratory deep inside the Gulag, Dr. Karlov became obsessed with electricity and energy-charged weaponry, testing it often in “experiments” on those who dared to wander near his hideout." 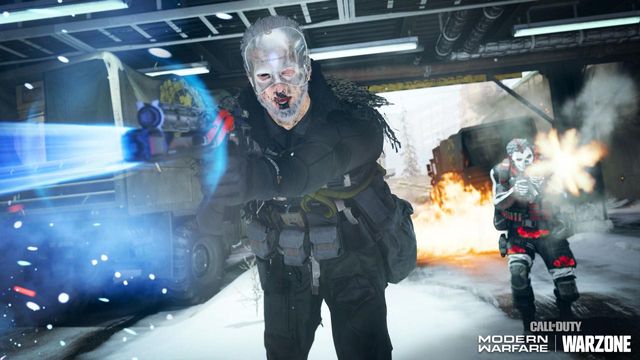 A new shotgun has been added to the game!

It's fair to say the fully automatic JAK-12 packs a punch.

Check out the Call of Duty blog's description of the new weapon:

"Specifically, the JAK-12 has an open bolt blowback system, allowing it to push lead out at a fire rate that is faster than any other weapon in its category. Level it up to unlock its unique attachments, including explosive 8 Round FRAG-12 Mags that deliver explosive payloads without triggering Trophy Systems, and the 32-Round Drum Mags, the largest capacity magazine for any shotgun in the game."

You'll need to complete an in-game challenge to unlock the shotgun so jump in now to grab the new weapon.

Dark infiltrations will be avaialble for certain modes such as trios in Warzone.

The nighttime map benefits those with a thermal scope and a keen eye for spotting opponents.

Stay on the lookout for poltergeists, ventriloquist dolls and other spooky beings while out in the field.

The Trick or Treat event has begun across Verdansk.

All players can take part and find Trick or Treat supply boxes that have a chance to drop new blueprints, charms, stickers, calling cards and emblems.

However, not all boxes will offer a player a reward.

Some may contain a brief scare so open the boxes at your own peril.

If you collect all 16 individual rewards you'll be awarded the 'Pumpkin Punisher' Legendary assault rifle blueprint.

A new LTM has arrived for Halloween in Verdansk.

Zombie Royale involves players coming back from the dead as zombies instead of coming to the gulag.

Check out the Call of Duty blog's description of the mode:

"When a player is killed, they drop a syringe that shows up on the map. Collect two of these Syringes as a Zombie and you'll parachute back in with your loadout on your Squad for a second chance! The last squad standing with a surviving Operator wins… even if the rest of the squad has turned undead." 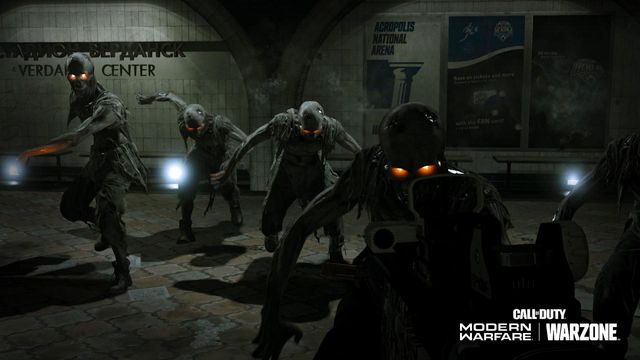 The Spirit Of All Hallows' Eve In Multiplayer

Any operator who goes on a three killstreak will replace their head with a flaming jack-o-lantern.

This will notify all other players that this individual needs to be taken out as soon as possible.

This will come alongside a range of spooky to changes to various modes, including scarecrows on Domination points.

New Modes: Onslaugher and Snipers Only

Check out the Call of Duty blog's description of the modes below:

Onslaughter: "Squads must wrest control of a Juggernaut suit that spawns somewhere on the map and advance forward into a specific goal area. Be prepared for plenty of Minigun fire and consider powerful Killstreaks to take down an opposing Juggernaut, as well as the mad scramble whenever the suit is available for the taking. Also, the Juggernaut in this mode – and in all other modes during The Haunting of Verdansk – will come with a pumpkin head, which is surprisingly sturdy and durable despite it being a hollowed-out squash."

Snipers Only: "As the name suggests, leave all other weapons at home for this Team Deathmatch variant. Instead of custom loadouts, all operators will have a choice between five pre-built loadouts. Aim to have more kills than deaths, as the squad that hits the target score wins the match."

There's plenty to get stuck into this Halloween event, whether you play Warzone or Modern Warfare.

Get started collecting the new cosmetics and keep your eyes peeled for strange occurrences across Verdansk.

A leaker has revealed a new operator may be added to Modern Warfare and Warzone in the near future.

Check out our article that outlines the details on the potential upcoming operator here.