Apex Legends Season 7: Kings Canyon To Be Addressed By Respawn, Could Be Removed or Changed

Is King’s Canyon a viable map in the Apex Legends competitive scene?

If you listen to the calls of the game’s top player, they argue not and request it be removed from ranked matches.

With the game currently in Season 6, and on the precipice of its seventh season, is it time for the classic map to be changed?

Either that or perhaps see the map removed forever in competitive matches.

Apex Legends developers are listening, but what action will they take?

In the beginning, Apex Legends had only one map, King’s Canyon.

For Season’s 1 and 2, it was all that players knew, and it was good until Season 3 rocked up and brought along World’s Edge.

King’s Canyon seemed to be gone for good, but due to popular demand was brought back in Season 4.

Since then players have dropped into either location based on which is in rotation at the time.

This has been great for everyone, despite World’s Edge being arguably better from a mechanical perspective, fans love the iconic locations of King’s Canyon.

Though when it comes to competitive matches, leading pros are voicing their gripes over the balance of the two maps and certainly have a preference. 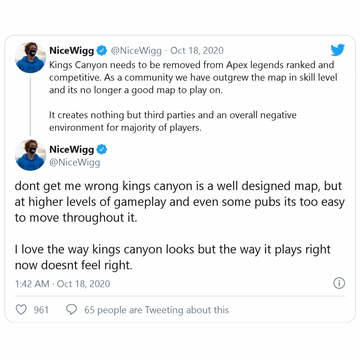 Due to the design of King’s Canyon, there are a few funnel points, great for picking off other players but making you equally susceptible to get eliminated yourself by a third party that shows up after the fight.

What Will Happen To King’s Canyon? 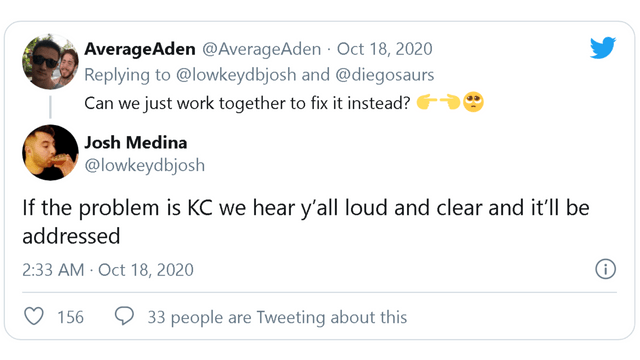 It’s easy to read into them saying that King’s Canyon (KC) will be addressed, but miss that it depends if Respawn sees the current design as flawed.

It’s possible that while the map might not be quite as fun, these weird elements could be well-liked by the developer, as it forces teams to use and execute different strategies across every location, rather than relying on the same tactics every time.

We’ll have to wait and see what map changes are coming next season if any at all.

Do you want to see King’s Canyon removed from competitive modes, or are you ready to shout long live the King? Let us know!