Just A Bit of Hope

It feels like an eternity has passed since GTA 5 was released all the way back in 2013, the game is now set to release on the PS5 which will be its third iteration on a Sony console.

With GTA 5 being ported over to another console, we have yet to hear any news from Rockstar on the release of GTA 6.

It appears Rockstar is going to be completely silent regarding the game until they make a proper announcement sometime down the line.

However, there was recently a rumored map leak of GTA 6 that amped up the community as it was the most believable leak we have had yet.

Now, this has been shut down by certain game developers.

If you have not already seen the 'leaked' GTA 6 map we will post it down below.

But, the map itself is apparently a replica of Miami, which alludes to the game being based around Vice City yet again.

The leak was believed by an ample amount of members from the GTA community, but now it has been shut down by a Reddit user who claims to be a game developer. 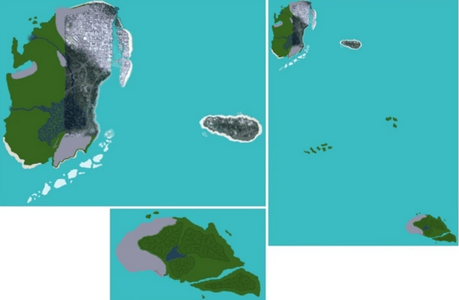 The Reddit user bobert_hoses, claims that the map is fake and has posted ten reasons why it is fake.

Check out their post here or below are all the points they made regarding the leak:

Overall the flow of the city just seems like bad game-design and filled with unrealistic mistakes that i feel Rockstar Games are too good to miss when they design their maps. Apart from the fact that the city seems like a full on rectangular grid as well, which Rockstar Games doesn't use when they design maps, ( they break up the city with a de-tached grid to make it feel bigger )

Altough not as many problems here because a island with a small city is much easier to fake, the only big issue I see here is the fact that he put a continious beach around the whole island with little to no variation or break-ups. This is very poor game-design and very unrealistic and a poor utilization of map space. There are NO ports, docks, piers or even marinas. How are people even supposed to get to this island? There's not even a airfield.

They rounded out their post with the following message:

This map is clearly a fake, the author of it drew up a map in photoshop and used real-life imagery of Miami to fuse it together to a fictional map. When you take the above faults into the consideration and think about them, do you really think Rockstar would do those mistakes?

Although this Reddit user could very well just be posing as a game developer, their reasoning is still solid.

It is unlike Rockstar to have massive amounts of their game, nevertheless the entire map of their flagship game.

So, for now we have to assume this leak is fake and will wait and see what Rockstar plans for the next few years.