The creator of Super Smash Bros Ultimate, Masahiro Sakurai, has kicked off a wave of speculation after posting a very cryptic tweet.

While Sakurai has become known for his often random and strange tweets, the latest one has got players excited.

So what does it mean? Are we getting an announcement for DLC 3 already? Or is this something else?

Sakurai has started a picture of the day series, in which he tweets out a random photo from Smash Ultimate.

The pictures are often random and have no context behind them. But if there's one thing the internet loves it's a conspiracy theory. 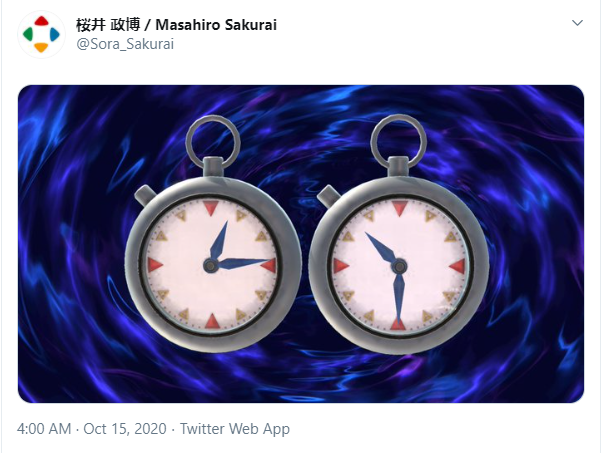 Juan ‘Hungrybox’ Debiedma, like many others, have interpreted the clock to mean took the 12:15 means December 15th. It suggests that this is when we will get to see a new character.

10.30 could mean the 30th October and possibly bring in a new patch.

With Steve's latest addition, he's brought a few bugs with him that need to be eradicated (no not the creeper kind).

@FoxDie_abetes has chimed in with his "tinfoil hat" theory:

"This looks like the gateway portal from Chrono Trigger, the clocks if you go left to right, appear to be rewinding. Even still, Crash 4 involves time manipulation.."

It's been speculated multiple times that Crash will arrive in Smash Ultimate, especially with a brand new title going live earlier this month.

The last theory is this refers to the Game Awards, in which we'll get a new character or big update on the franchise future.

Last year's event revealed Joker for the first time so it's likely that history will repeat itself.

Or it could be absolutely none of these and just Sakurai winding us all up...