SteelSeries Arctis 7P Review: The best headphones for your PlayStation 5

The Arctis 7P have been designed to complement the PlayStation 5 in design. But what about sound and battery life?

While the keyboards and mice of SteelSeries have been well acclaimed, it’s almost a hidden fact that they also do headsets. Not just some, but a bunch of them.

We reviewed the Apex Pro keyboard earlier this year, stating that it’s one of the best keyboards on the market. You could tell that it was a keyboard made by those who had played many an Unreal Tournament match back in the day.

Fast-forward to October 2020 and they are in the midst of releasing headsets that cater to the upcoming consoles launching next month. One in particular is the Arctis 7P Wireless, a deviation of their Arctis 7 headphones, but with a design that reflects the PlayStation 5.

As well as reviewing the Xbox-centric 9X, we also put the PS5-matching 7P through its paces. Keep reading for our full thoughts...

As soon as you take the headset out of the box, you know it will compliment your Playstation 5. The white and blue colour scheme matches the upcoming console perfectly, but if you have a white PSP or Vita laying around, it matches just as well.

You have an audio cable, a USB-C wireless dongle and a couple of USB adapters so you can charge the headset when needed. Plugging the USB-C adapter into the iPad and the Switch was an easy feat. As soon as the headset was switched on, I was already hearing Mario Galaxy. Using it on the iPad Pro, the experience was the same, easily watching a few Twitch streams and a repeat watch of a ‘Fresh Prince of Bel Air’ episode.

It’s a straightforward approach that saves you the time in trying to pair it to a certain device. But especially with those that either can’t pair with bluetooth headsets or don’t have a USB-C port, the supplied cables make the headset compatible with 99% of devices out there.

I tried the following: Vinyl Player, Nintendo Switch, iPad Pro, Game Boy Color, PS Vita, PC, PlayStation 4. And every one of these played with no issues. 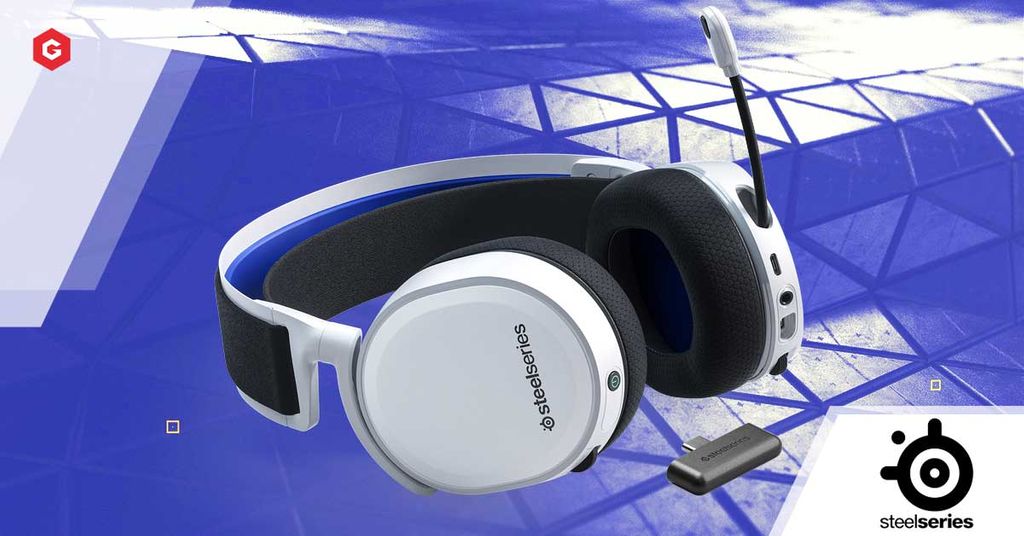 The microphone that is enabled by pressing a button retracts and extend from the headset, and it’s fantastic. You can bend it to have it placed close to your lips, and as it’s Discord-certified, there’s some great noise cancellation here when using the app and in many games.

Wearing it was very comfortable. I was approaching it with some trepidation as there was no way of adjusting it to fit the head, but because of its innovative ‘band’ design, it fit like a glove. I had my partner and some friends also try it, all with different-sized heads, and there was no complaint from anyone.

The cups surround your ears with no discomfort, and unlike some headsets we’ve tried, there’s no need to take them off after a certain amount of time due to the peripheral slowly sinking into your head.

Finally, the battery life. Simply put, it’s the best battery life of a headphone peripheral I’ve tried yet. Even better than the AirPods Pro.

I got 25 hours over a period of a week, all tested through different devices, games and Skype. If you’re aiming to play Spider-Man: Miles Morales over some booked-days off from work, you won’t need to plug these in to charge for a long while.

SteelSeries have touted their sound design to these lines of headphones, and after a week of testing them, I can say that they have a quality that rivals even the Sony WH-1000XM3 headphones.

Every game I tried, every stream I watched, every Spice Girls album I listened to, the headphones almost dynamically made sure that the sounds were being reflective of their intended expectations.

By that I mean, the sound was excellent in every test. Coupled with the design that made it feel like I wasn’t even wearing headphones, the low latency of the sound and the volume easily made the peripheral shine.

Even if you may not use these for your console primarily, even as something to throw in your bag for your USB-C iPad or smartphone will bring benefits to when you’re sitting in a coffee house trying to get some work done. Even if you’re in a Zoom call, the microphone makes you heard, and heard in a big way. It almost secludes your voice in a busy room so you sound as though you’re in your office again. 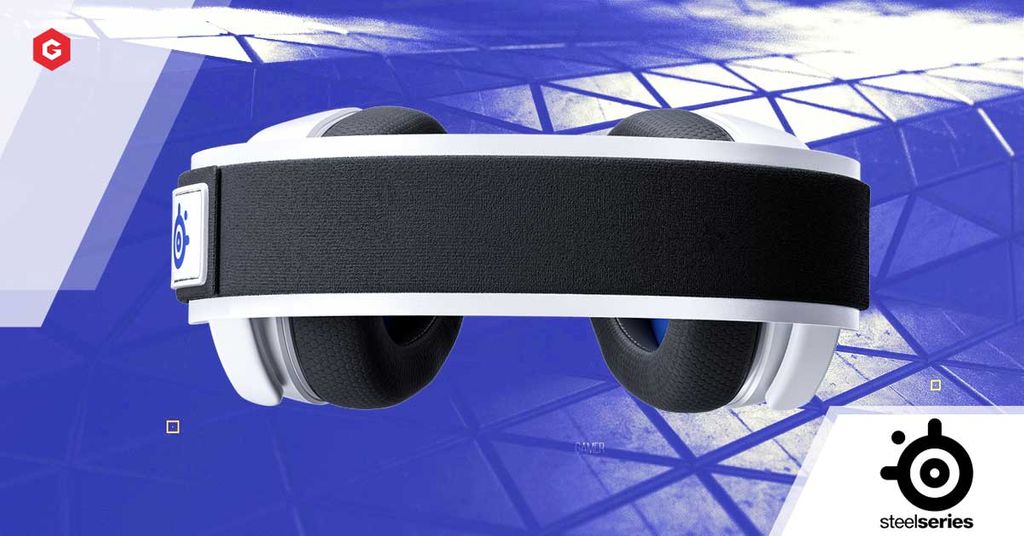 The Arctis 7P retails for £159.99, which is a great price point, especially when you consider its sound quality and long-lasting battery life compared to other vendors. With the ‘Razer Nari Ultimate’ headset retailing for £10 less, the difference in quality is well worth finding that extra tenner that you last saw wedged between a sofa.

We are approaching a generation where sound has been given priority on consoles. Sony have been touting this repeatedly, especially with their exclusives. Here, the price for a console you’re going to be paying at least £359.99 for, justifies the benefits you will be getting for this headset.

Simply put, these are the best headphones we’ve tried yet. SteelSeries have tried to accommodate every type of gamer and streamer, and have mostly succeeded. There’s really little to fault here. The only wish for next time would be to have the wireless integrated into the headset. There could be those rare times where you’re taking the headphones to a friends’ house for a multiplayer time, but you forget the wires and the USB-C adapter. Essentially you’re wearing some cosy earmuffs once this occurs.

But apart from that, it’s a small niggle that gets away from how good the headphones are. The design is fantastic, sleek and slim with a colour scheme that not only matches your PlayStation 5, but any device in a white theme.

With the sound quality and incredible battery life, SteelSeries have done what they have also done for keyboards.

These are some fantastic headphones, and we can’t recommend them enough.