Fresh from SteelSeries, these are some fantastic headphones that will make sure you’re ready for the Xbox Series S/X.

As the PlayStation 5 and Xbox Series X/S consoles are in the midst of launching, there’s been more peripherals that aim to cater to one console or the other.

Our last review with SteelSeries covered this with the PS5 and their Arctis 7P, but here it’s the turn of Xbox with the Arctis 9X, catered to the Xbox consoles and Windows 10 PCs.

There’s some similarities but there’s some notable differences which set it apart, and make it one to look at once your Series S/X console has shipped.

With that, here’s our review of the Arctis 9X after a week with it...

Yet again SteelSeries accomplish what many fail to do; they make headphones comfortable. It sounds like an obvious trait but there’s plenty of unnamed examples which need to be taken off after a half hour.

Here, they just fit like a glove, mainly thanks to the headband design that’s replacing the method of adjusting the height of both cups. It’s innovative and just makes it easier than wasting time in adjusting headphones to see if they’re just right, or if they slide off the head. The headphone cups work in unison here with comfort; they feel that they were made for your ears, regardless of sizes, and it just equals to a comfortable experience.

The look of the 9X is the same here, but to make people know that it’s definitely meant to be used for an Xbox console, there are these green zig-zags on the top of the headband, whereas everything else is in its matte-black colour. It’s definitely a stark design choice, and depending how you feel with wearing headphones for every situation, you will certainly stand out with these.

The controls such as volume, on/off and for the microphone are all here, and don’t get in the way. There’s a welcome 3.5mm jack for the devices that don’t support wireless connectivity, while there’s a mini-USB for charging. 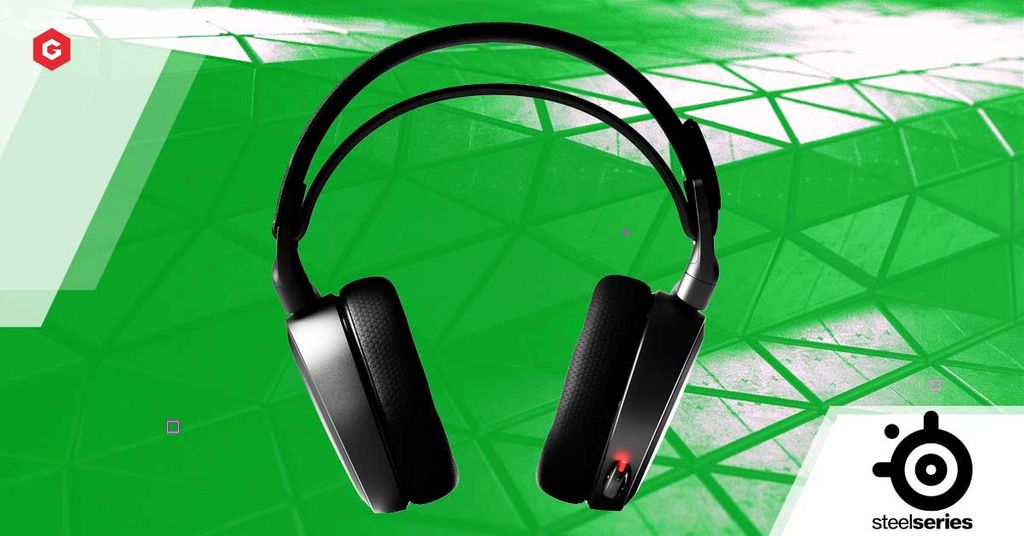 In 2020, let’s finally move on to USB-C. We are now moving towards a time where laptops, tablets and even televisions are moving to this output, let's make it happen. Granted, the Xbox consoles don’t have it either, but the new controller does. It would be a great backup in-case the battery was to run out of charge.

The wireless worked great when paired to an Xbox One S; the latency was very low and Halo 5 was as crystal clear as could be. The battery shone here; it took longer than I thought to run down the battery; my timings equalled to 21 hours. But when trying to pair to my PC, that’s where I ran into the troubles. Windows 10 would have trouble finding the headphones, and when it did, there would be so many disconnects I would resort to using the wired 3.5mm jack.

I suspect it isn’t the fault of SteelSeries here; Windows 10 have had an infamous time of pairing with wireless devices for some reason. Pairing controllers and speakers throughout my time of Windows 10 has always been in frustration. Hopefully Microsoft finally picks up on this. But oddly enough, when I thought I’d pair it with my Macbook Air, it worked fine.

But when it was wired, the microphone shone here. Mainly thanks to the ‘ClearCast’ technology. It easily retracts and bends so you can use it when needed, and when you’re done, place it back into its spot on the 9X.

The Arctis 9X has a job to make sure that anything used from an Xbox console, the sound has to be as clear as possible; especially that they’ve said it officially supports the Series S/X. After my time, I’m sure no one needs to worry about the quality here.

Whether it's wireless through the Xbox or wired through a PC when needed, the sound just pops with every sound effect, speech and background music that rings. If it feels as though we’re repeating ourselves on the quality of the sound from SteelSeries, we don’t apologise for it. It’s consistently fantastic, and these will set you up for when your next-gen Xbox console arrives at the door.

The microphone is also fantastic, which worked great during a call and in many a Discord chat mainly thanks to the Clearcast tech. We tried a few multiplayer games on the Xbox such as Sea of Thieves, Halo and FIFA 21, and everyone heard our shouts of winning and losing very clearly. 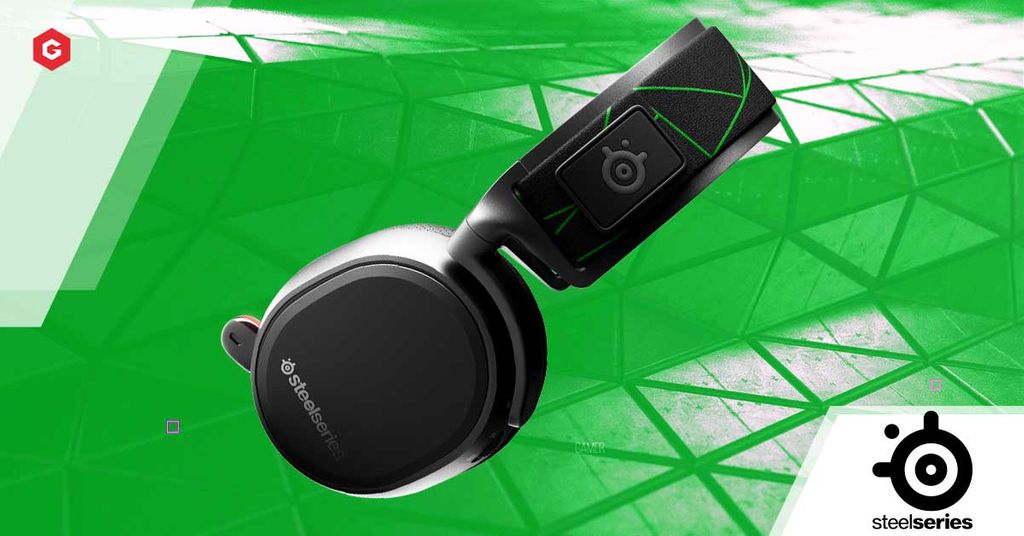 £179.99 falls into the medium price-range for SteelSeries headphones as a whole; but for what you’re getting for your upcoming Xbox Series console, it’s ideal.

Headphones are all about sound. It’s a trait that many manufacturers do forget; they justify the price on the brand, on design and even lights. Sound is not their primary focus, but with SteelSeries it is. You pay for what your ears are going to receive in all the games you’ll be playing on Games Pass, and for under £200 it’s a very fair price for these.

Once again SteelSeries justify their £179.99 price point with comfortable design and fantastic sound. We are heading into a next-gen console war where playing our games have changed in seven years. From speakers on a TV, focus has turned to the headphones for that extra immersion, and the Arctis 9X are ideal for a Series S/X. But if you have a PC as well, live in hope that a future Windows 10 update finally reforms the wireless connectivity with peripherals.

The sound is still fantastic and the headband design, while divisive to some, does win out, and makes wearing the headphones much more comfortable.

If you’re looking for headphones to complement your upcoming Series X/S, these will be the best for it.