Verdansk is that you?

This second weekend is the first opportunity for cross-platform play, allowing PS4, Xbox One and PC players to lobby together.

Alongside that, a new mode called Fireteam: Dirty Bomb is being added.

What's interesting is that it may give us our first look at the Black Ops Cold War map for Warzone.

Activision has released a new trailer to tease the new Fireteam mode, where 40 players will engage in big team warfare.

Last year, Modern Warfare's Warzone map was made up of old and current maps.

It appears that is the case again here, with Fireteam, seemingly fulfilling a very similar role to Ground War.

In the video, players parachute from a plane, just like in Warzone. 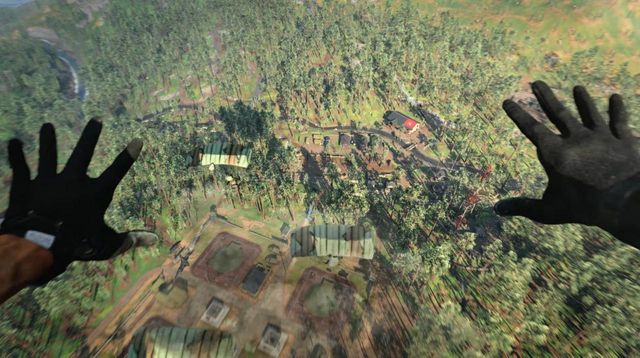 WHERE WE DROPPIN' BOYS?: Is this the new Warzone map?

@ModernWarzone is very confident this is part of the Warzone map, which isn't hard to believe; it resembles Warzone well.

It seems a bit premature to reveal something Warzone related already, but it's unlikely Treyarch has developed an entirely new map altogether.

Either way, drop into this weekend's beta and potentially get a headstart on the Warzone map!

We're expecting the new map to stay within Verdansk in order for the stories to work, but it could be that it moves away from Verdansk to make the most of the time period and create a wider story.

Fireteam is a massive Multiplayer experience where 10 four-player Fireteams drop into the largest maps within Black Ops Cold War.

Under the Fireteam banner is Dirty Bomb, a dynamic objective game mode that tasks Fireteams at collecting and depositing uranium into “Dirty Bombs” that can wipe out parts of the map from play due to expanding radiation zones.

Using all available tools at their disposal, including loadouts and vehicles, Fireteams must eliminate the opposition and detonate these bombs in order to win the match for their entire team.

Earn score by eliminating enemies, depositing uranium, and detonating bombs. The Fireteam that can reach the score limit first will achieve victory.