GTA 6 Map "Leaks", Likely Too Good To Be True - UPDATE

Don't get too excited.

GTA 6 is likely years away, but a completely unverified map image has set tongues wagging as fans search for clues about a new instalment in the franchise.

The fact that the image has appeared on ResetEra and Reddit with no real credibility makes us incredibly sceptical.

GTA 6 Map Leak Is Likely Too Good To Be True

Check out the image below, which lines up with other images from 2018: 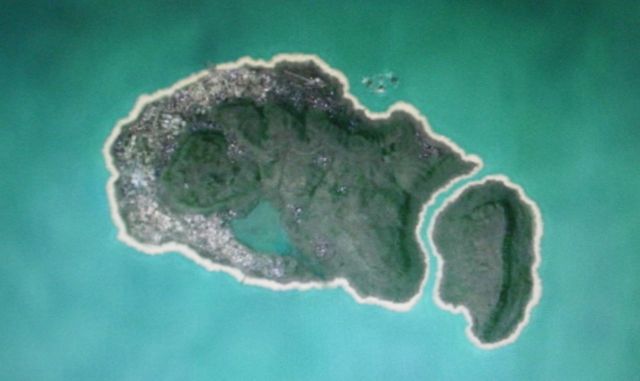 Take this with a mountain of salt

Those 2018 images were also lacking in any credibility, but it's nonetheless got people excited.

Now a new chain of thought has emerged that the account that shared the image back in 2018 could be some kind of Rockstar insider.

That account tweeted in 2015 with a picture of a calendar with the words “Bored at the office. Burnt out. Looking for a career change.”

Bored at the office. Burnt out. Looking for a career change. pic.twitter.com/MS4TBsvBqg

In the top corner, we can see what appears to be the logo of Take-Two Interactive, Rockstar Games' parent company.

The final tweet from VG_Marketing, back in December 2018, reads: “This will be my last tweet. Bye. Maybe I’ll see you in ‘Miami’.”

Considering Vice City is a pretty obvious analogy for Miami, there's every chance there are dots to be connected there, although it remains our understanding that while GTA 6 is in development, it is in the very early stages.

Of course, it's been seven years since GTA 5 first launched, and fans have been desperate for an update on the development of its sequel, with Red Dead Redemption 2 launching in 2018.

Take-Two Interactive, Rockstar's parent company, recently renewed web domains for "gtavicecityonline" and "gtavi", but whether this was for any purpose other than to stop squatters nabbing them is anyone's guess.

Vice City has long been a rumoured destination, especially since GTA 5 returned us to Los Santos from San Andreas, while GTA 4 took players back to Liberty City (the setting of GTA 3).

Then there were the rumours of musicians being courted for a GTA 6 soundtrack, but for the time being, the game seems to be in early development.

GTA 6 may be a while away (find out why here), but GTA Online is the gift that just keeps on giving.

The recent Summer Update added some new content, but we also know a new destination is arriving later this year, too.

Maybe that destination could be Vice City, who knows?

We also know that the game will be coming to both PS5 and Xbox Series X/S, with new improvements. Find out all we know here.

Finally, as we're in October, all eyes will be on the game's Halloween events. Find out what to expect here.