Facing off against Giovanni in Pokemon GO? You'll need to know the best counters!

Once Pokemon GO trainers have defeated the Team Go Rocket Leaders they'll earn themselves the Super Rocket Radar which will help you track down the boss of Team Rocket - Giovanni.

It's not quite that simple though, because the Super Rocket Radar also displays some grunts disguised as Giovanni.

When you do eventually find Giovanni you'll want to know your best possible line-up to help you counter his strong Pokemon team.

This is even more important if you want to get hold of the 12km Strange Eggs or complete the Inter-Egg-Sting Development Quest.

Need Help? Then keep reading for tips and counters on how to defeat Team Rocket Leader Giovanni. 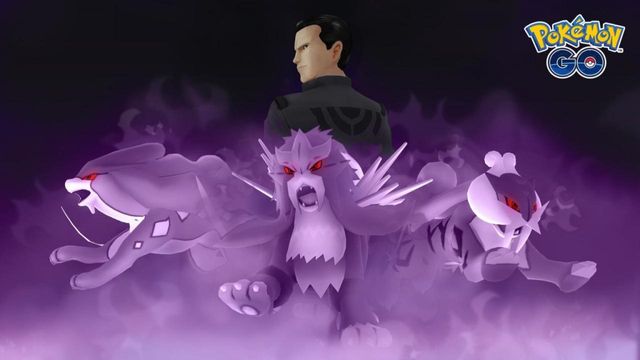 Giovanni will always use Persian as his first Pokemon.

For Giovanni's second Pokemon, he will either use Kangaskhan, Nidoking or Garchomp.

For his Third Pokemon, it will be Mewtwo.

Below is a list of counters and the most effective moves against each of Giovanni's Pokemon, as of January 2021.

Persian is weak to Fighting and Ghost types.

Here's a list of Pokemon and their moves that counter Persian.

Kangaskhan is weak to Fighting.

Here's a list of Pokemon and their moves that counter Kangaskhan.

Nidoking is to Ground, Water and Psychic types.

Here's a list of Pokemon and their moves that counter Nidoking.

Garchomp is weak to Fairy and Fighting types.

Here's a list of Pokemon and their moves that counter Garchomp.

Mewtwo is weak to Bug and Dark types.

Here's a list of Pokemon and their moves that counter Mewtwo.

Head back to our main Pokemon category for all the latest news and detailed step-by-step guides. Otherwise, make sure you're up to date on the current Egg pool, Ditto Disguises and Field Research Tasks, including the current Spinda you can catch in the wild. We've also recently learnt about some of the upcoming Pokemon GO January 2021 Events, including the next January 2021 Community Day and a special New Years Eve Event - So there's plenty to look forward too!