Black Ops Cold War Beta: Stats From Weekend One Will Carry Over To Weekend Two

Stats from weekend one will remain for weekend two

The first weekend of the Black Ops Cold War beta has come to an end.

The beta build of the highly anticipated return to Black Ops was a huge improvement on the alpha, with a wave of changes being implemented much to the delight of players.

Prior to the beta, it was announced that it would have its very own level progression system, enabling players to obtain a range of weapons, perks, equipment, and more.

With weekend one now in the books, what happens to your hard-earned unlocks and level?!

Fear not! It has been revealed that all of your stats and unlocks from the first weekend of the beta will carry over to weekend two.

During every single beta for a Call of Duty game, there has been a level cap in place in order to keep a small portion of the game open for everyone.

Black Ops Cold War is no different. The first beta weekend saw players only being able to reach level 25 before being capped off, despite a wealth of content still up for grabs.

With the second weekend just around the corner, is there a chance that the cap could be raised? Could we get our hands on some more weapons?

We will have to wait and see when weekend two of the Black Ops Cold War beta goes live on October 15th. 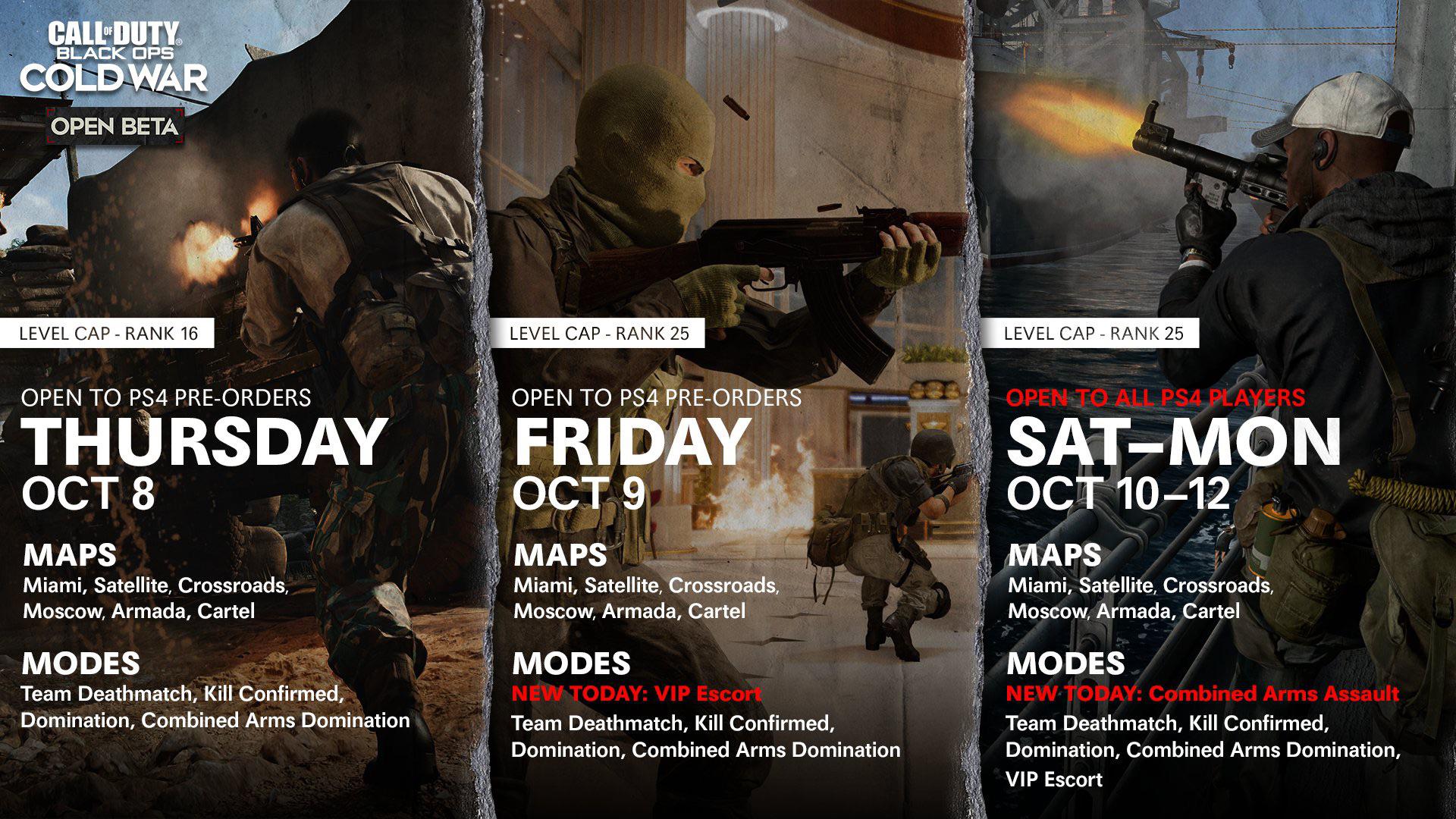 Will there be an increase to the level cap?

Everything that you unlocked during the first beta weekend will still be available to use in the second weekend.

This saves you plenty of time working your way through the ranks again to reach where you left off when the first weekend ended.

It also means all of your loadouts will remain the same.

With all of your loadouts ready to go, you can jump straight back into the action as soon as the servers are switched on again!

Will My Level Carry Over To Launch?

Unfortunately, the level and all the unlocks that you earn during the beta will not carry over to the full release of the game.

The level progression system is beta-specific, meaning Treyarch has yet to reveal what it has in store for us regarding a levelling system for the full game which releases next month.

Is there going to be a return to the classic prestige system? Or has Treyarch created that has never been seen before?

With little time before the release of the game, we should expect some new information in the coming weeks.