Is it time to start the lawnmower?

Map design is a controversial aspect of FPS titles, especially in Call of Duty.

Some players prefer maps to be simple and others prefer them to be a maze of complexity.

It's finding that middle-ground that's so challenging for developers.

Each map should have a design philosophy or feature that makes it unique and interesting.

It's clear Treyarch has attempted to implement this in Black Ops Cold War.

It's particularly obvious in maps such as 'Cartel' where bushes are strategically placed to give players stealthy and discreet hiding places.

However, it's these bushes that are at the centre of a debate surrounding the map design of 'Cartel'.

Cartel is a Black Ops Cold War map set in the jungles of Nicaragua.

A dense set of bushes are located in the centre of the map.

Throughout the beta, players have been using these bushes for cover and stealth attacks.

This has sparked a debate surrounding the design of the map and whether the bushes are a positive feature.

The problem with Cartel from r/blackopscoldwar

Some players have declared that the camouflage provided by the bushes gives players an unfair advantage.

This has led some players to call for the hedges to be removed entirely.

On the other hand, the stealth aspect provided by the bushes is enjoyed by certain players.

It's fair to say the community is divided on whether Treyarch needs to get out their hedge trimmers.

Unfortunately for Treyarch, the decision on whether to remove the bushes is not as simple as it seems.

The stealth aspect can be a fun way to play, however, in-game modes such as domination it can be frustrating to play against.

At least in the meantime, we can enjoy gems like this made by @BKTOOR_: 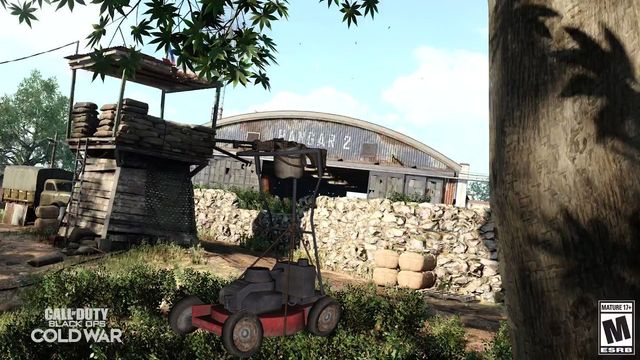 We'll have to wait and see what the future holds for Cartel's bushes.

Will Treyarch opt to ignore, trim or remove the bushes entirely? Only time will tell.