The release of the PS4 beta for Black Ops Cold War has been what all fps fans have been playing all weekend.

The beta is a massive improvement over the alpha and the future is looking bright for Call of Duty fans.

Now, a flurry of easter eggs has all but confirmed the return of Nuketown!

This set of easter eggs was spotted by YouTuber and Call of Duty leaker TheGamingRevolution, who posted a video detailing all of the easter eggs and where to find them.

The beginning of the video details how Menendez from the original Black Ops titles is making a return!

As a portion of one of the maps in the beta has a house called Menendez's house and is filled with clues regarding his whereabouts.

This has all but confirmed we should be seeing Menedez at some point during the campaign, but that is still up in the air.

Moving on to the first look at Nuketown, TGR noted that another building on the Cartel map actually has a photo of Nuketown.

From what we can tell the Nuketown map looks similar to the original one from previous games, but we cannot confirm if there will be any significant changes.

Check out the first look at Nuketown in Black Ops Cold War below!

In the past, there were numerous leaks regarding Nuketown and its involvement with Black Ops Cold War.

Some have noted it may be apart of the Zombies game mode, while others have posted it is all but confirmed to be in multiplayer.

Along with the new image we can find on Cartel, players such as ProtoWarehouse have noted that a Nuketown truck is also on the map! 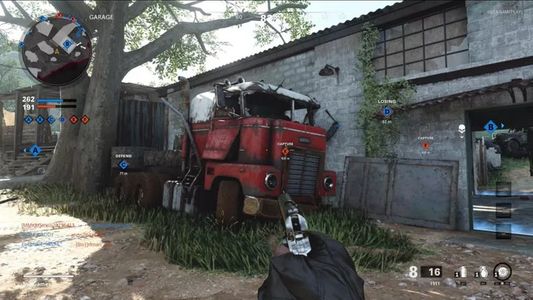 Cool right! Guess we will have to see if the map is in the game when it releases next month!