Could the Dreamcast be making a return as a Mini?

It seems SEGA could be releasing a Dreamcast Mini in the future.

This news comes after their efforts to revive their retro hardware.

Of all the mini consoles we could ask for, a Dreamcast would be high on our personal wishlist, so we've got all our fingers crossed this becomes a reality.

But where did this information come from? Let us explain.

The teaser comes from an interview with the creative producer Yosuke Okunari in the most recent issue of Famitsu.

"For the next Mini, we are considering everything that has been imagined by everyone," he said.

"Of course, it doesn't mean we can realize all of them. We are also thinking about projects that nobody has imagined. The Game Gear Micro is only sold domestically in Japan. When we do the next one, I feel like the project scope will be much bigger as we gaze upon the world."

Clearly, they currently don't want to give anything away.

SEGA has been pretty adventurous with their recent minis, the Game Gear Micro came in multiple colours and with different games.

As well as that the Astro City Mini came with nearly forty classics like Sonic Boom and Crackdown, launching in December. 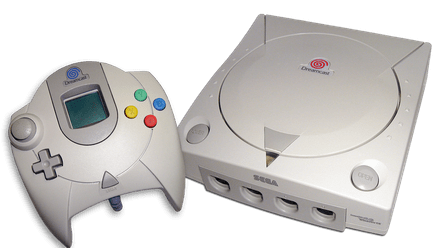 In other words, SEGA has been really experimental with their mini-series and they've been great!

Okunari then went on to explain SEGA "won't be able to release [the next micro console] at this time," and that we shouldn't expect it for a couple of years.

"We can't make it that quickly," he continued.

"I think for the next one, we may go with a concept close to the Mega Drive Mini. If I have to say some names, it could be an SG-1000 Mini or a Dreamcast Mini..."

Some think he may have a biased with the Dreamcast Mini, having worked on many of the games that released on the console.

We'll keep you updated with all the news on the Dreamcast Mini, see keep an eye out!

Fortnite: Drive A Car Through The Cornfield At Steel Farm - Where To Find A Car And Steel Farm (Season 5 Week 8 Challenge)