CONFIRMED - John Rambo, Mileena and Rain are all coming to Mortal Kombat 11 as part of Kombat Pack 2.

Have a watch of the brand new trailer, just below!

So far, the teasers have been coy on precisely what this big announcement could be, it's centred on a small CGI clip accompanied by the line "They Are Coming"; which tells us pretty much zip.

To add some extra spice to the reveal, Ed Boon has also tweeted: "Who is chasing that Tarkatan?"

Which does seem to suggest that the reveal is more MK11 character/DLC related as opposed to an announcement related to next-gen enhancements.

This isn't to say the news won't include those next-gen details too, but all signs are pointing towards some much-needed new characters and content DLC.

What time is the Mortal Kombat 11 Reveal Today?

As per Mortal Kombat's teaser clip posted to Twitter is quite clear on when NetheRealm intends to drop the full reveal.

For those elsewhere in the world, that means we can expect to see the reveal released at the following times across the globe:

It's very difficult to say with any accuracy exactly which characters could be added to the game in the future.

Datamined info does give some clues, or Klues if you want to be funny (we do).

Most recently it was noticed by Twitter user thethiny, that several extra strings of code were added to the game. The same type of strings which normally relate to new character names as we've seen in the past with Fujin, Sheeva and Robocop.

These strings of text related to 'CHAR_RAN', 'CHAR_RAM', And 'CHAR_MIL' which has lead many to believe this could be Rain, Mileena and John Rambo. 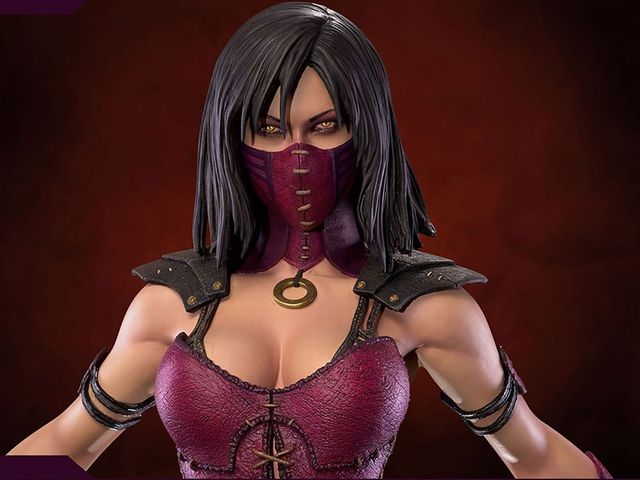 Will Mileena finally be added to MK11?

Although it's also worth noting that as thethiny points out, these characters could be further down the line:

"One thing I know is that CHAR_RAN, CHAR_RAM, And CHAR_MIL are all under DLC/GOTY2. If the "reveal" isn't about them then they could've possibly been pushed back to another period."

Ed Boon has been quite vocal about Mileena in the past, namely driven by fans demanding her inclusion. But there's some logic to her inclusion here, likewise Rain and John Rambo. We'll just quickly drop some recent quotes from Boon earlier this year, as part of a Daily Star interview:

DAILY STAR: We’ve seen you on Twitter, being vocal about some characters you don’t want to bring back (Mileena…) When browsing the roster of MK characters from the past, how do you decide who to bring back? Do you take into account move sets , lore, ‘cool factor', or elements of all of the above?

ED BOON: Actually, I’ve never seriously said that I don’t want to see Mileena come back to Mortal Kombat. Most of the time I am just teasing the fanatics who demand she be added 100 times a day.

I love to have fun with that. Mortal Kombat has about 80 characters in its roster now. So, we tend to look back and occasionally revive a character who hasn’t been seen in a long time, like we did with Fujin in Aftermath.

We do take into account the story because some characters existed in different parts of the timeline so we need to stay somewhat consistent with the narrative that we are telling. But move sets and “cool factor” also play a big part in which character we decide to bring back...

...we were very excited about adding RoboCop in Mortal Kombat11: Aftermath. He is the perfect bookend to Terminator that frames the 80’s action hero representation in Mortal Kombat 11.

So it doesn't seem like Mileena is completely off the table then, and John Rambo does also fit nicely into that 80's action hero bracket; even if he's not quite the same as the sci-fi action stars of The Terminator or Robocop.

Either way, we can't wait to see who or what is chasing that Tarkatan.