Black Ops Cold War: How To Get The 'Mutual Animosity' Weapon Blueprint For The Type 821

The feeling is mutual.

With the Black Ops Cold War beta releasing this month, players have the chance to get a headstart on the competition and ready for launch.

Black Ops Cold War launches in November and it's already been confirmed that blueprints will return.

This year's multiplayer will be a seriously nostalgic affair as we head back to the Cold War era and get reunited with some familiar arsenal.

The Type 821, also known as the Uzi, is one of those weapons that players can wield.

It may be a popular weapon come day 1 as the beta is offering players the chance to unlock an exclusive blueprint for it.

Here's how to get it for yourself.

To unlock the 'Mutual Animosity' blueprint for the Type 821, you will need to download and play the Black Ops Cold War multiplayer beta and reach level 10.

It's that simple! While you can't use the blueprint in the beta, it's a nice addition to encourage players to play and potentially play more with an overlooked weapon.

The Uzi is a decent weapon, but there are far more powerful weapons.

So, unlocking a blueprint off the bat will definitely prompt those starting out to use it.

It's unclear what attachments it will come with, but it appears to have a suppressor, laser sight, scope and stock attached with potentially an extended magazine. 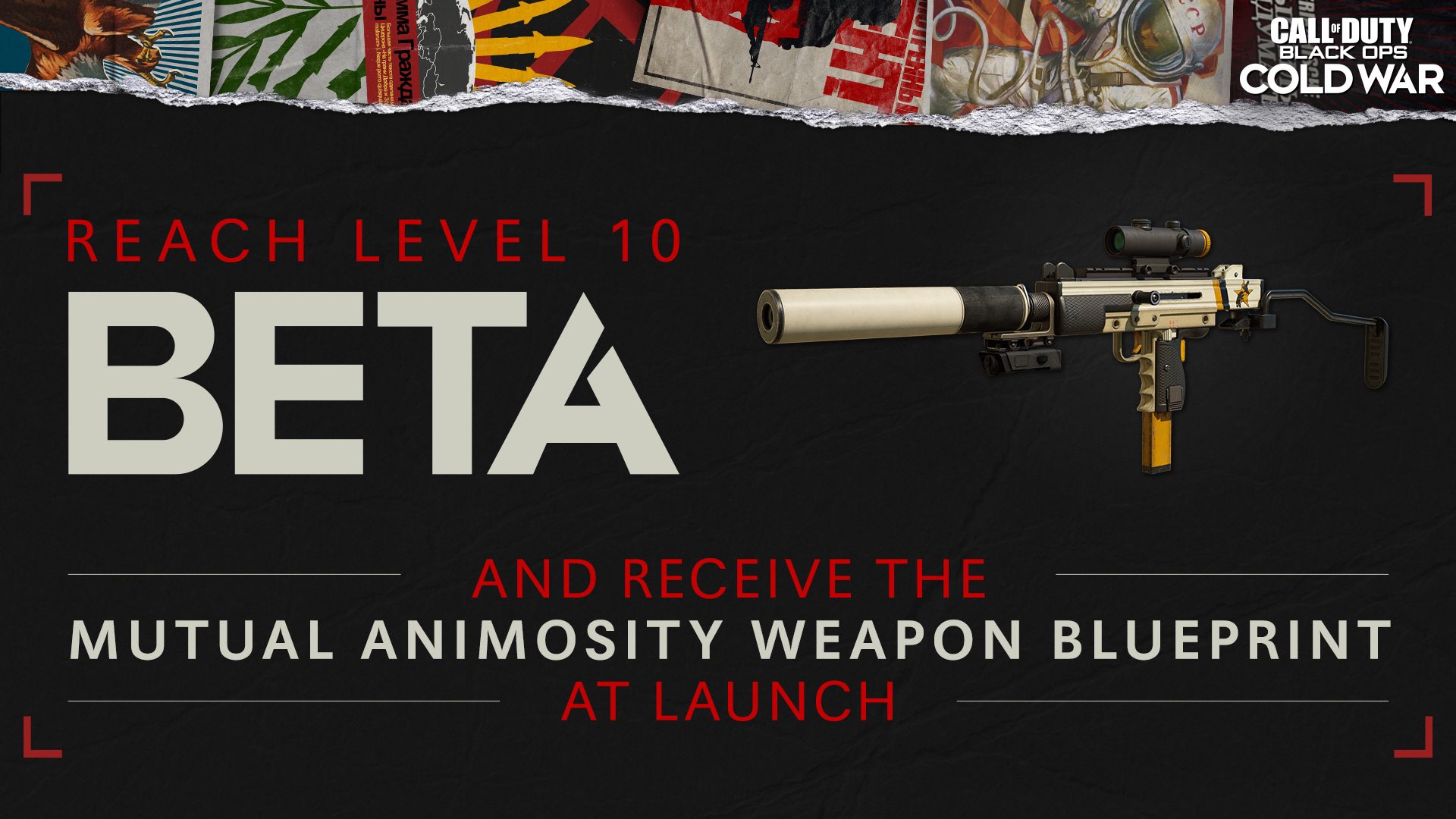 GIVE ME 10: Reach level 10 to unlock this blueprint for launch

A decent set of attachments to take to the Gunsmith with, bar the scope.

We'll have to see how the weapon tuning in the beta changes the weaponry and if there's a new king in the SMG department.