Sony is making a few "enhancements".

PlayStation and the trophy system have a very symbiotic relationship. It's quite hard to think of one without the other, ever since they were first introduced back on the PS3.

The same can be said for Xbox consoles and Gamerscore.

But today Sony has announced that they're shaking up how the PlayStation Trophies system works, with some "enhancements" rolling out to users as early as tonight.

Fundamentally there are three key features set to be released on PS4 consoles, arguably with changes in mind ahead of the launch of PS5 in November.

That said, Sony was also keen to stress that "trophies that you’ve earned on previous PlayStation systems will come with you to PlayStation 5".

Without further ado, let's take a look at those new features.

Now because this might get complicated, we're handing off to Sony to explain what these tweaks are in more (precise) detail:

"The first thing you’ll notice is the big change to your Trophy level. We’re increasing the Trophy level range from the current “1-100” to “1-999,” so following this update, your Trophy level will automatically be remapped to a new level within this new range based on the Trophies you’ve earned to date. For example, if your current Trophy level is 12, your new level will jump to somewhere in the low 200’s. The exact level will depend on the number and grades of trophies you’ve acquired. There will be no changes to the Trophies already earned or Trophy information, such as unlock requirements."

"We’ve implemented a new Trophies level calculation system that is more optimized and rewarding. Players will progress quicker through the early levels, and levels will increase more consistently. Platinum trophies will count more toward your level progression, making them even more valuable. 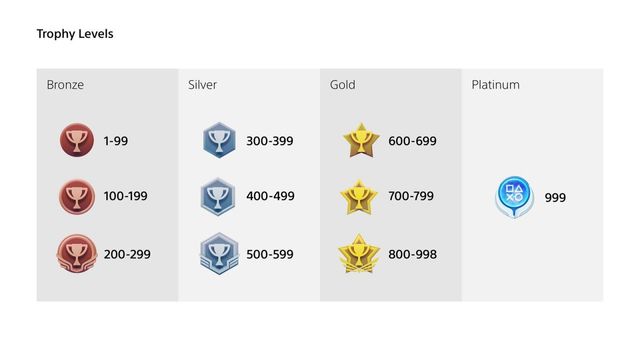 With an expanded level range, we’re also updating the trophy level icon on PlayStation 5, as well as PlayStation App at a later date. Currently the Trophies icon is just a single gold star, but we’re adding a few variants:

The icons will also have a subtle distinction to visually suggest how close you are to the next level.

When will these changes happen?

As mentioned previously, these changes are coming today.

The Sony blog post promised to make the changes system side, so players shouldn't have to worry about updating their consoles. Those in the United States should start to notice the changes first, with players in Europe having to wait until tomorrow (October 8, 2020). 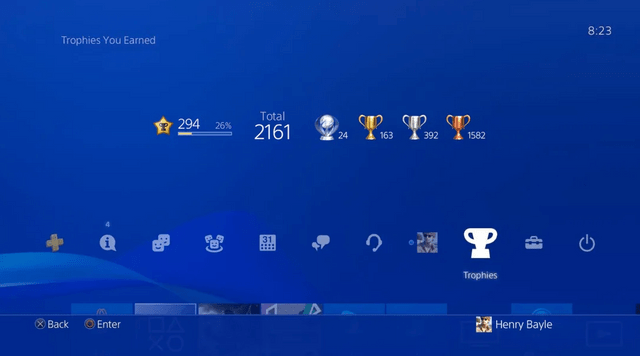