Take with a pinch of salt.

According to a new report, PlayStation's website is receiving more traffic than that of Xbox's.

As reported by The Next Web, figures from SimilarWeb suggest that Sony's site reached over 890,000 visits on the day that preorders for the PS5 opened up.

Microsoft's site, however, hit over 776,000 on the day Xbox Series S and Xbox Series X went up for preorder - suggesting that maybe this generation could be closer than anticipated.

Read More: PlayStation 5 Will Have 664GB of Usable Storage Space, According To A New Leak

Of course, there are plenty of caveats to this data.

For one, a visit doesn't guarantee an intention to pre-order, and for another, many fans may have skipped the websites entirely and just gone straight to their retailer of choice.

Still, as The Next Web notes, PS5's pre-order peak represented a staggering 327.4% growth in visits, while Xbox's was 211.4% higher when it opened its own preorders.

That's 116,000 visitors looking for PS5 and not Xbox, so it'll be interesting to see if and how that translates into sales data in the coming months.

SimilarWeb has also noted where that traffic came from, with Xbox opting for retailer referrals as a big source of traffic.

That means that BestBuy.com made up 6.6% of Xbox's pre-order traffic on the day, beaten only by Microsoft.com (perhaps understandably).

According to Similar Web, the Xbox was actually less popular than the PS5, even on the Series X pre-order launch week. 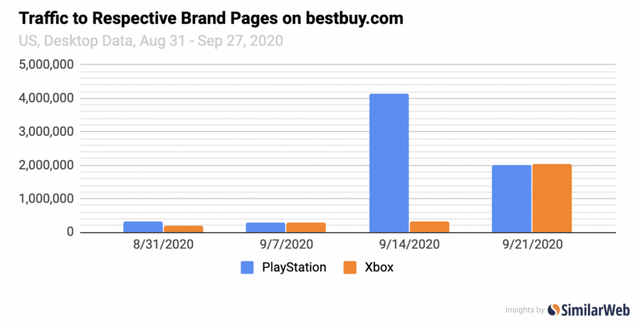 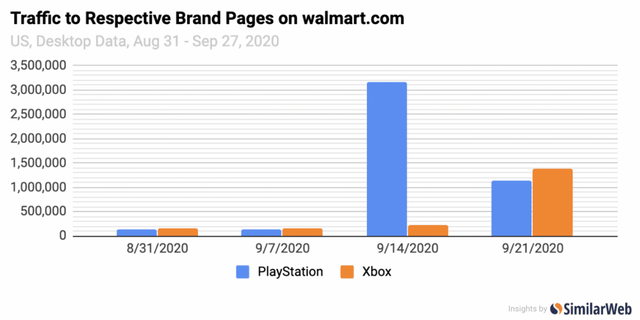 While that could come down to PlayStation pre-orders opening first, it could also come down to Microsoft setting a date - something Sony didn't, causing chaos for prospective buyers.

Looking to grab a console for launch? Be sure to check out our comparison of both Xbox Series X and PlayStation 5 here.