Who will win the September POTM Awards for the Premier League, Bundesliga, Ligue 1 and La Liga?

With a number of September Player of the Month SBCs scheduled to arrive in FIFA 21 Ultimate Team over the coming days and weeks, it’s time to start looking out our favourites for the awards from the top leagues!

Here are our predictions for the Premier League, Bundesliga, Ligue 1 and La Liga September Player of the Month Awards, along with any potential investments you can look to make! 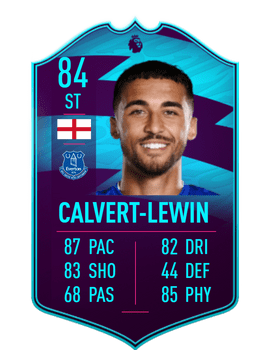 For our Premier League POTM for September, we can’t ignore DCL after he bagged 5 goals in an exciting Everton team’s perfect start to the Premier League campaign.

While there’s strong competition from the likes of Harry Kane and Jamie Vardy, we believe Everton’s strong start to the season should tip the scales in Calvert-Lewin’s favour.

In terms of investments, Premier League English players could be a good way to go, making sure you pick up rare cards and higher rated items to fit as many requirements as possible.

It’s unlikely that Everton cards will be required, however, there’s always a chance. We wouldn’t recommend buying too many high rated cards for this SBC, as we’re not expecting too high rated a squad, given that this SBC will be released the same day as the global worldwide release. 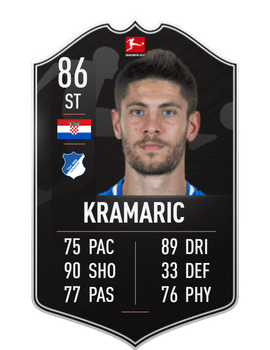 The Bundesliga POTM for September will, without doubt, be Andrej Kramaric of Hoffenheim, after a hat-trick in the first Bundesliga gameweek against FC Koln, followed up with a brace against none other than Bayern Munich in Hoffenheim’s flawless start to the season.

Once again, we don’t expect this SBC to be too expensive, with Kramaric not being the most meta card with ~75 pace, so when investing, make sure to keep this in mind.

As far as investments we like, Croatians may feature in some capacity, so try to pick some up that also hit the Bundesliga requirement as well. Other than that, general higher-rated Bundesliga cards may rise a little, but again, don’t expect too much in price for this SBC.

While we believe there are far more deserving recipients of the La Liga POTM award, with Morales earning 3 goals and 1 assist for example, we believe the fan vote will have a major say in this one.

It’s no secret that Ansu Fati is one of the hottest prospects in world football at the moment, and with a very meta card for FUT, a large segment of the player base will likely have voted for him.

We certainly hope this isn’t a cheap SBC, as we can only imagine the horror of facing this card a tonne in Weekend League.

Given the likely higher than average SBC price, we’d recommend investing in La Liga Spanish players that are well rated, i.e. 83+, as this will likely feature as a requirement.

General SBC Fodder, i.e. 83+ rated cards for cheap should do well if this SBC comes out and is priced under 75k or so. Barcelona players are unlikely to be specifically required, but if you can pick up some for cheap that are high rated, it can’t help to tick off that angle as well.

The Ligue 1 POTM race hasn’t been the most enthralling one throughout September, with very few high profile candidates to select from. Nevertheless, Teji Savanier looks to be a good potential option.

As far as investing goes, we really wouldn’t recommend getting anything together for the Ligue 1 POTM just yet.

Not only have the nominees not been announced, suggesting that we’re a way off seeing any potential SBC, but the candidates for the award don’t look enticing enough to allow us to invest for profit!