That's a lot of scary obstacles...

Fall Guys Season 2 is on the horizon and fans are looking forward to taking on the new levels.

Season 2 has a medieval theme and the trailer has teased some scary looking obstacles.

It's fair to say we can expect drawbridges, spikes and scythes to be our worst enemy next Season.

That's exactly what was revealed by Game Designer Joe Walsh and Junior Level Designer Joseph 'JJ' Juson in an interview with IGN.

The two revealed details on the new level 'Knight Fever' coming with Season 2.

Let's check out what they had to say and what you can expect.

'Knight Fever' is set to be Season 2's big race-level that the top 75% of players get through.

In terms of obstacles, 'Knight Fever' will showcase a number of unique and difficult ones.

The level will contain:

It's fair to say 'Knight Fever' is really living up to its medieval theme.

Walsh and Juson have both made clear this is not a level to be underestimated.

"We knew that this was going to be dropping after people had got to grips with these kinds of levels, and had got quite good at them, and so we thought, “Let's make one for these players who've conquered everything else so far and do a really hard version of that.”

The developers also revealed 'Knight Fever' is meant to feel like storming a castle.

The finish line is even designed to look like two big crenellated towers.

You can check out some of the early designs and layouts of 'knight Fever' below: 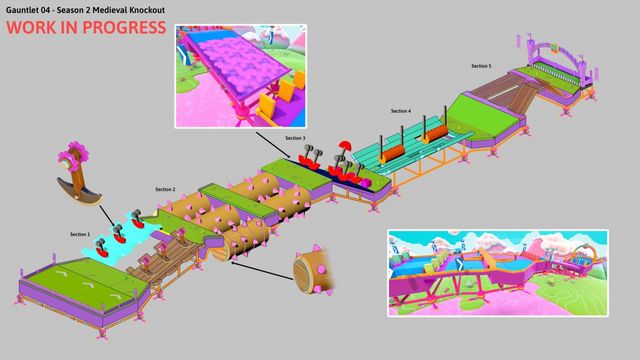 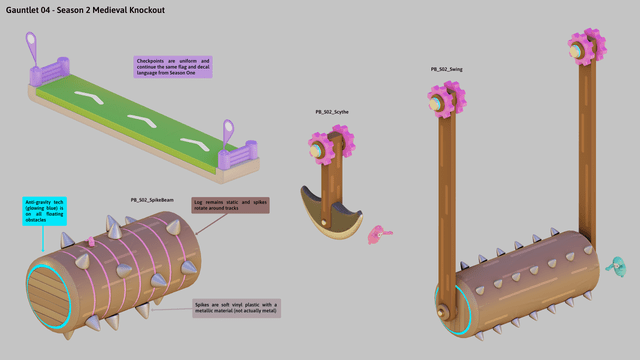 Mediatonic has revealed the new Season is set to release in October, however, no specific date has been set.

The sooner we get our beans dressed up as witches and knights the better.

You can check out our latest Fall Guys article here.