Hades Review: A Divine Roguelike With Charm To Spare

To Hell and Back, Again and Again.

Do you remember being at school and learning about the pantheon of Greek gods and heroes?

A vengeful, spiteful bunch in truth, their stories remained seared into my mind growing up - all betrayals, falls from grace, and illegitimate children.

That familial drama is at the core of Hades, Supergiant's fourth title, and it may just be the developer's best.

Drag Me To Hell

Our story begins with rebellious, cool-as-they-come Zagreus looking to escape the underworld, presided over by the titular Hades.

The twist is that Hades is Zagreus' father, but our young hero has grown tired of his father's mocking and made arrangements for the Gods of Olympus to help him escape.

In gameplay terms, that means moving through randomly organised dungeons, battling all manner of undead foes from an isometric point of view. 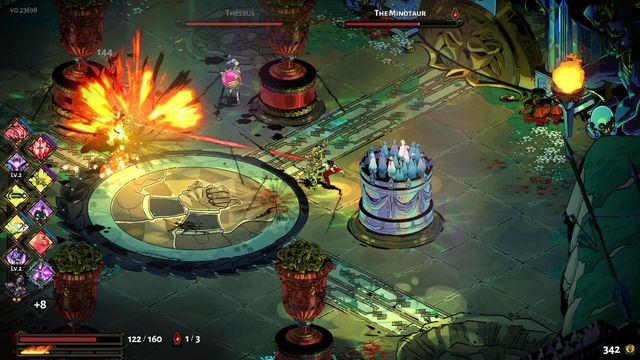 Zagreus will have to battle multiple bosses if he's to escape the underworld.

With each chamber completed, Zagreus has the opportunity to select a boon - a gift from the gods that can augment his abilities.

Within a handful of chambers, your character build could be vastly different from where it was when you began your current "run", and there's a pleasing risk to it all since death will reset your progress.

Death Is Not Defeat

While there are persistent upgrades that can be earned through collecting Darkness in each run, the sense of impermanence about every boon adds a unique thrill to the combat.

When battling his way out of hell, our devilishly handsome hero has a few tricks at his disposal. While standard and special attacks are undoubtedly key in carving through enemies, the dodge becomes your best friend within seconds.

Not only is it an ideal way of dodging enemies, getting behind them for a damage boost, or dodging the numerous traps spread throughout, but it's also so damn satisfying to use.

Being able to zip around battlefields makes Zag feel godly, and that's without the aforementioned boons that may add damage output to your dash, or allow it to send enemies flying.

Finally, Zagreus has a "Cast" ability that embeds itself within an opponent until they're defeated. While it can help bring down a tough foe, it also doesn't regenerate until that enemy is dead, so it's not always the smartest play to simply throw it at a toughened baddie.

Then there are the game's array of weapons, ranging from swords to bows, to Captain America-style shields that bounce from enemy to enemy. Each run feels like a new game, and that's a good thing - because you'll die a lot.

While death allows you to kick off a new run, I relished the opportunity to learn more about the characters that inhabit the House of Hades and beyond.

Each is expertly written, reminding you of your failure, providing encouragement, or just narrating your adventure (with Zag breaking the fourth wall to speak to the narrator).

Almost every character, from Skelly, your surprisingly upbeat training dummy, to the grunting merchant Charon can be offered a gift, each bestowing fresh bonuses. 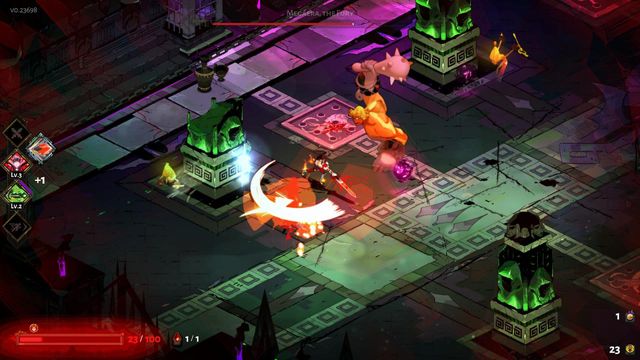 These systems layer on top of the central narrative in a kind of web that's seldom seen in gaming to make every death a treat, both in the allure of a new run and the chance to interact with wonderfully drawn and acted members of Greek mythology.

Fans of Supergiant's previous work will be pleased to know that Darren Korb returns to score Hades in what may be his best work yet.

The subtle plucking of Greek-flavoured strings gives way to a thumping metal soundtrack in the swirling chaos of battle, underpinning each run's chaotic charm.

It's undoubtedly been a strange year in which we've been treated to excellent video game releases. Hades, however, is something very special.

Its nimble, responsive gameplay, its interlocking narrative strands, and its commitment to its cast of excellent characters is nothing short of superb.

Even after dozens of runs, and plenty of hours, I'm finding it tough to put the Switch down. In fact, even going to bed at a reasonable time has become a Herculean task.

Reviewed On Nintendo Switch
Review Code Provided By The Developer