Not just shouting into the void after all

The Aftermarket event is at long last upon us, if not a little earlier than expected, and for one fan it comes with an extra surprise.

This moment is likely a dream come true for one Reddit user after their suggestion on r/ApexLegends gets added to the game in this new update.

The subreddit is dedicated to all kinds of Apex Legends content from memes to discussion and achievement sharing.

For those sharing ideas to help improve the game, their suggestion being recognised by Respawn is likely a huge reward.

A frequent r/ApexLegends topic includes fans recommending ideas for Respawn to implement, either just giving feedback that a new system doesn’t work right or giving an idea to be implemented.

Pathfinder’s grapple hook was the subject of /u/Luckyshoe50 back in September.

At the time their post only received nine comments and a measly two upvotes, but that didn’t stop Apex Legend’s developers taking note. 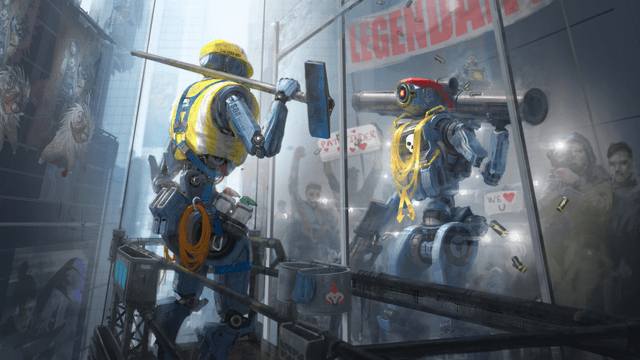 The team were debating where the grapplehook’s cooldown should be at, 15-seconds or a 25-second compromise.

Though as the patch notes go on to explain, they instead opted for a usage-based cooldown.

If you land a really short grapple you “no longer need to fear the faceplant.”

If you end up going nowhere with it the cooldown for the grapple hook is only 10-seconds.

Though if you manage to achieve the furthest distance possible, the cooldown will be 35-seconds.

This change will hopefully reduce the fear players have at playing Pathfinder, where a single slip-up on this one ability can be humiliating.

It should also balance the absolute best of the best, and make sure they can’t just thwip around the map like Spider-man.

Is this change going to make you start maining Pathfinder? Let us know who your favourite Legend is!