FIFA 21: Sandro Tonali Ones To Watch SBC Cheapest Solution For Xbox One, PS4 And PC

Having moved to AC Milan this summer, the young Italian is a hot prospect and could churn out a few in-forms during the season.

His Future Stars card in FIFA 20 was frighteningly good and if he can get some upgrades to his OTW card, Serie A fans will be buzzing.

The Sandro Tonali Ones To Watch SBC went live on the 5th October at 6pm BST.

It is set to expire on Wednesday 7th October at 5.59pm BST. 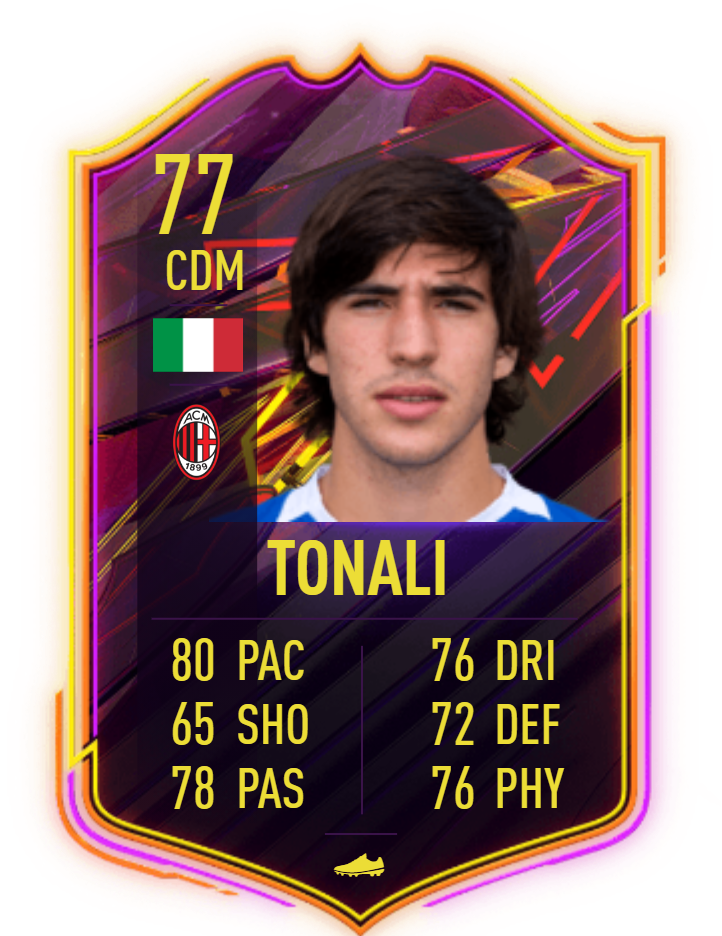 To get this Sandro Tonali Ones To Watch card you will need to submit the following squad:

With the full game launching over the next week, this solution may fluctuate quickly been for now it can be done for 7,500-8,500 coins!

If you have some suitable players already in your club, you can look to supplement it with the same idea as above.

You need at least 10 players belonging to the same league and one from Serie A to get 75 chemistry. It's best to have players of the same nation and league surrounding

You'll want to get:

To save some cash, be sure to bid on players and be patient so you can shave a few hundred coins off.

While his defence is a little low, for the first month or two of FIFA, he will make a good CDM pairing with a more defensive-minded player.

If I were a betting man, I'd predict Tonali to at least get two in-forms. If these come early in the game he could be a real meta player for the first quarter of the year.

If you're making a Serie A squad, get this man in as a starter or a substitute and wait to reap the rewards.