Is this a blessing in disguise?

Though, if leaks are to be believed, Epic Games aren’t done quite yet.

A second Helicarrier looks set to appear over the island sometime in the coming weeks, this one acting as a POI that can be visited mid-match!

Where Can I Find The Helicarrier?

If images leaked by famed dataminer @Mang0e_ on Twitter are real, the Helicarrier is set to spawn right next to Stark Industries. 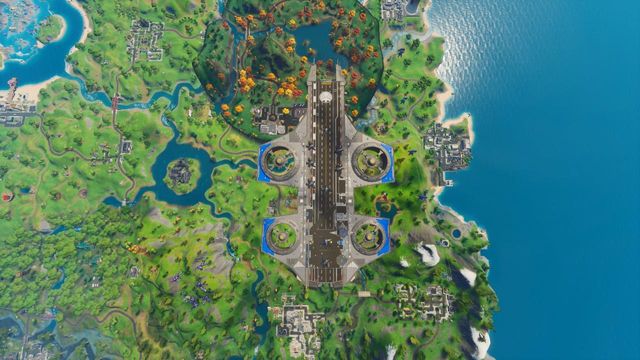 Iron Man’s home is already very populated with players, so it will be interesting to see how this addition changes that.

Though the Helicarrier is mobile in the comics and films, so we could see a repeat of Chapter 1’s Floating Island hotel, which wandered around the map.

What Will Spawn At The Helicarrier?

This new POI backs up a previous leak from @Hypex who suggested that ‘S.H.I.E.L.D.’ Henchmen files were added to Fortnite a little while ago. 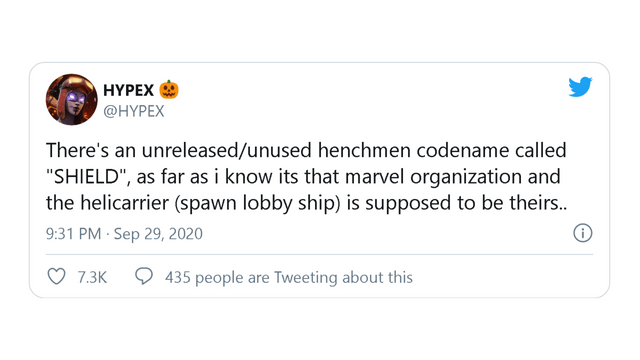 They didn’t make much sense at the time, as the only S.H.I.E.L.D. location was the spawn Helicarrier, but this new POI provides a lot of validity to the claims.

As for any Bosses, there are a couple of contenders.

While Mystique wouldn’t make the most sense for a S.H.I.E.L.D.character, an item called ‘Mystique’s Dual Auto Pistols’ have been programmed into Fortnite. 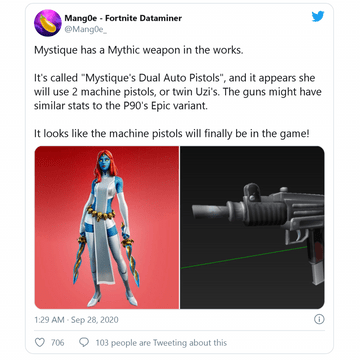 These dual-uzi-like weapons have yet to release, and a new POI would make a good spot for a Boss Mystique to be added.

Perhaps the chameleon-esque character has disguised herself and infiltrated S.H.I.E.L.D.?

There is also that weird grenade launcher minigun programmed in recently too, it’s less clear who would wield it but S.H.I.E.L.D. are known for their powerful experimental weapons.

Beyond that, a rumoured Captain Marvel could work given her connections to S.H.I.E.L.D., or perhaps a Captain America returning with his literal shield from the Endgame tie-in a while back.

We’ll update you as soon as we know more!