Star Wars: Squadrons Review: As Old-School As It Gets

EA delivers an heir to the Totally Games legacy.

There was a time long ago when certain Star Wars games were so good, so forward-thinking, that even non-fans couldn’t ignore them.

X-Wing, TIE Fighter, Knights of the Old Republic — these weren’t just great licensed products but classic video games in their respective genres. And, since the moment EA got ahold of Star Wars, players have been aching for another game like them.

Let’s get something out of the way: it’s been a rough couple years for Lucasfilm’s flagship franchise.

The Han Solo spinoff grossed nearly $400 million, and was still declared a failure after the billions brought in by The Force Awakens, Rogue One, and The Last Jedi.

Then, following the departure of Colin Trevorrow from Episode IX, J. J. Abrams and Justice League writer Chris Terrio took on the unenviable task of wrapping up the Star Wars sequel trilogy as well as a nine-movie, four-plus-decade saga. The Rise of Skywalker turned out to be a messy, disappointing conclusion to the story that began 43 years ago.

As a lifelong fan, the dreaded “Star Wars fatigue” film journalists had feared since at least 2017 finally hit me — with all the force of a Hammerhead corvette.

The myth sort of lost its magic. But the truth is that Motive’s Squadrons is a rare and unexpected gift. 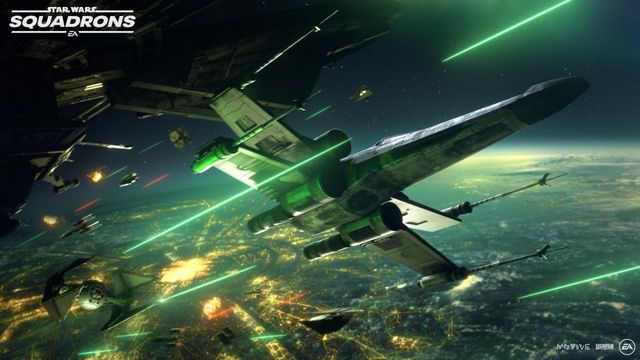 If The Last Jedi was Rian Johnson’s glorious, overstuffed love letter to The Empire Strikes Back, then Squadrons feels like a tribute to Lawrence Holland’s beloved X-Wing series.

It’s not subtle about it, either.

From the immersive yet stationary hangar-bay interfaces, to the dim briefing rooms with their central holoprojectors, Squadrons doesn’t look to reinvent the wheel. It simply updates X-Wing and TIE Fighter for a whole new audience. 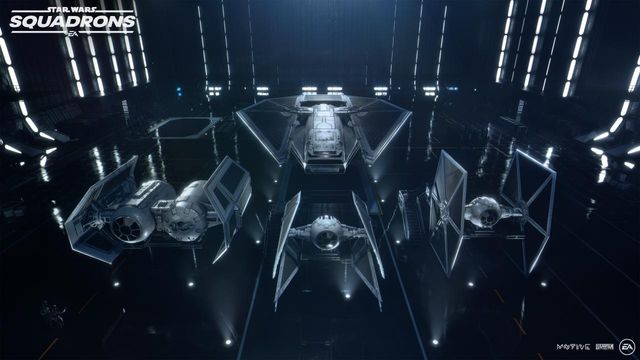 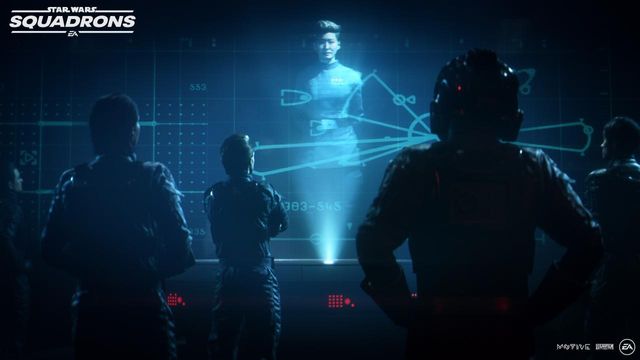 It’s got little nods to Rebels and Rogue One and maybe even The Force Awakens — but it never goes out of its way to please a particular kind of fan.

It is, first and foremost, a great space-combat simulator; all the production value and worldbuilding exists to serve the cockpit experience.

You never have to stop and consider: would a Jedi Knight really do these things I’m doing in the game? Because you’re just a rank-and-file pilot serving the greater cause, and the illusion of it all is surprisingly convincing. 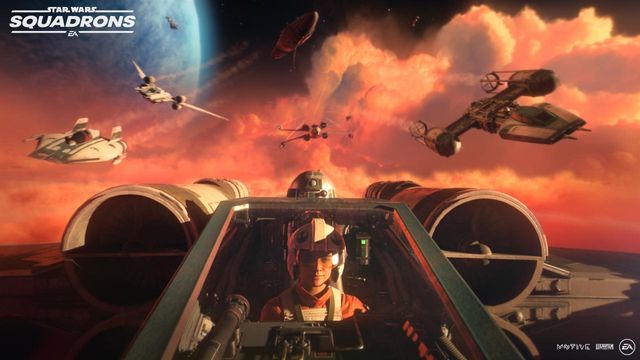 This sets up a bitter vendetta between the two of them, and they remain the stars of the show.

Performance director Darragh O’Farrell returns for Squadrons, as he has for countless Star Wars games since the mid-nineties, and Gordy Haab supplies a phenomenal score. 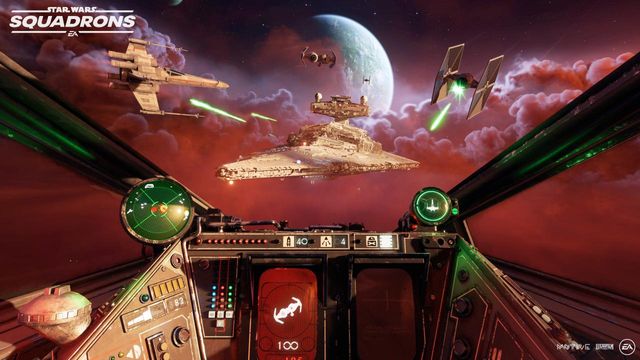 It should be said that the majority of the narrative unfolds in real time, while you’re shooting down TIE fighters or taking on a Starhawk-class battleship.

This is a game with some real substance, mechanical and otherwise, and it knows better than to waste all its best tricks on cutscenes or quick-time events.

But you do feel a sense of ownership over your player characters — one rebel, one Imperial — because you get to decide what they look like, what they wear, and what their names ought to be. (One random name suggestion, my first playthrough, was none other than Ace Azzameen; the game’s not ashamed to borrow from its forebears.)

A friend once described Magic: The Gathering to me as “easy to learn, tough to master,” and I’ve found that the most rewarding games tend to follow that model.

With its four difficulty levels — story, pilot, veteran, and ace — and accessibility options, Squadrons does everything it can to please both old-school flight-sim enthusiasts and the Star Wars fan who just wants to check out the latest exploits of Rae Sloane and Hera Syndulla. 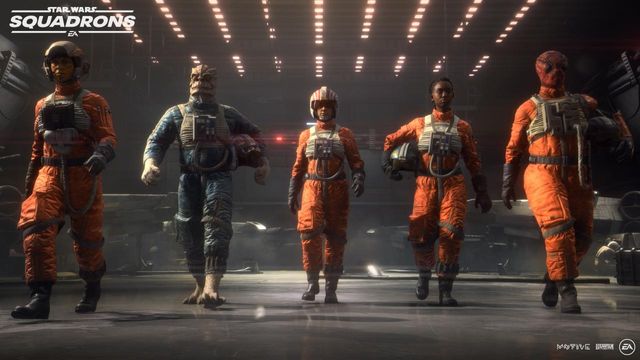 Across roughly 15 missions, told through the eyes of New Republic aces and TIE pilots alike, the campaign teaches you everything you need to know to attain mastery over the various starfighters.

It’s probably best to finish the story mode before making the jump to multiplayer, assuming that’s your thing.

After three days of nonstop play, I’m no Poe Dameron or Wedge Antilles — but I can’t wait to hop back in an X-wing this weekend. And the one after that.

Review Code Was Provided By The Publisher