A new chapter has begun.

The 'Zombies First Look' teaser video was released on the official Call of Duty youtube channel.

From narrative details to new mechanics and maps, there's plenty to look forward to.

Treyarch appear to be focusing heavily on the story within Cold War's Zombies Mode.

Let's check out everything we know so far about the narrative.

For starters, Cold War will be embarking on a fresh story within the Black Ops universe.

Treyarch has named the new chapter in the Zombies Mode storyline, "Die Maschine".

Players will be visiting "Nacht der Untoten", a signature location in the history of Zombies and the map that started it all. 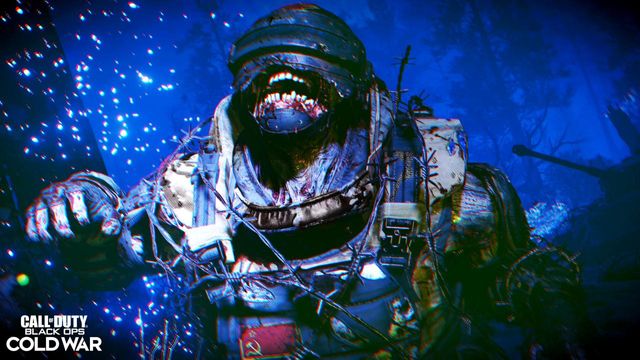 In terms of story, players are part of Requiem, a CIA-backed international response team.

The group is led by Grigori Weaver, a familiar character from the Black Ops Universe.

Players will need to explore the "Die Maschine" map and uncover the secrets from within.

The World War II bunker has been ravaged by time, it's the player's job to explore the area and eliminate the threat.

However, Requiem is not the only international group interested in the mysterious location.

Omega Group, a Soviet-led rival of Requiem, are interested in studying and harnessing the power of the anomalies manifesting in the bunker.

The latest Call of Duty blog outlines the what players can expect on their journey in Zombies Mode:

"Between Requiem and Omega Group, there are plenty of characters who may aid or hinder your journey, while others have separate, unknown agendas that will be up to players to discover. Among this cast, there is one particular contact – Sam – who seems eager to share intel discovered from deep within the KGB."

It appears Treyarch are interested in telling the Zombies Mode story through discoveries made by players.

This is certainly an immersive method of telling the story and mirrors Treyarch's utilisation of clues throughout Cold War's build-up.

It's these interactive and unique ways of story-telling that allow a player to truly experience a narrative.

You can check out our latest Black Ops Cold War article here.