Gameweek 3 concluded on Monday and it was a week of mixed emotions for so many.

With players averaging just 43 points this week, we're here to analyse what went wrong and where it could have gone right. 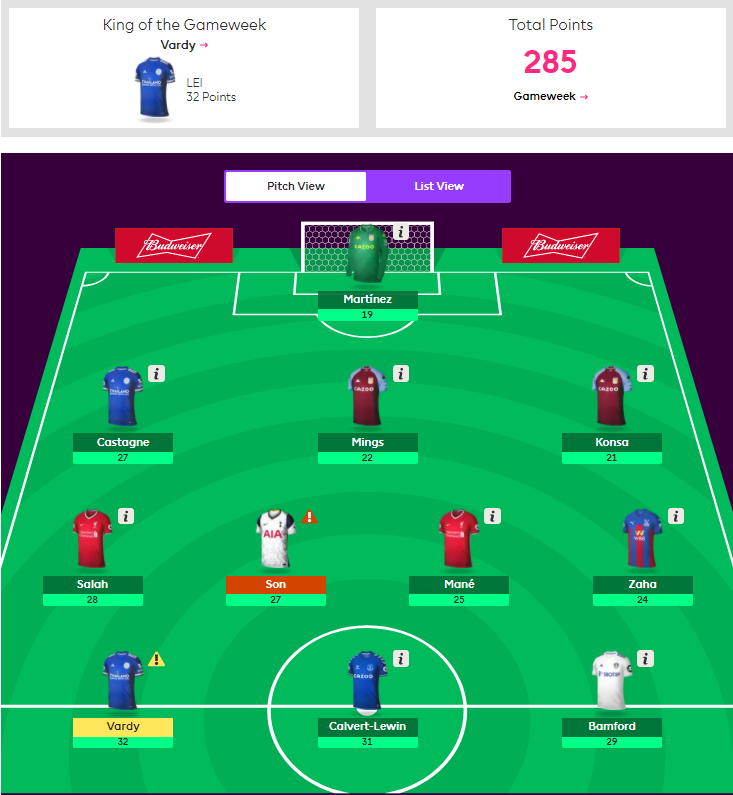 Here's the dream team for the third gameweek: 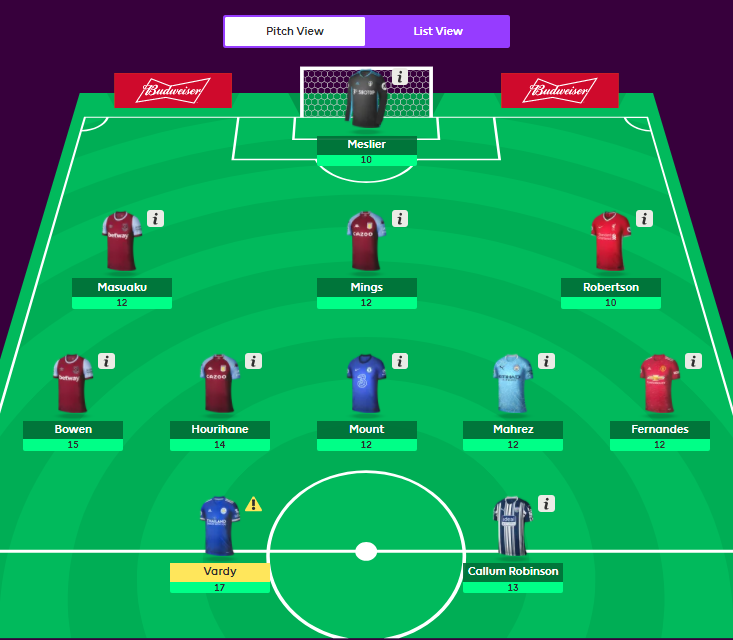 It was another week of bizarre results where few would have predicted Chelsea, Man City and Spurs dropping points.

Shockingly, Wolves were decimated by West Ham while Villa stomped Fulham; two results that could have gone either way couldn't have been more conclusive.

With my squad, I earned a cool 50 points, with the points distribution being much more evenly spread compared to last week. 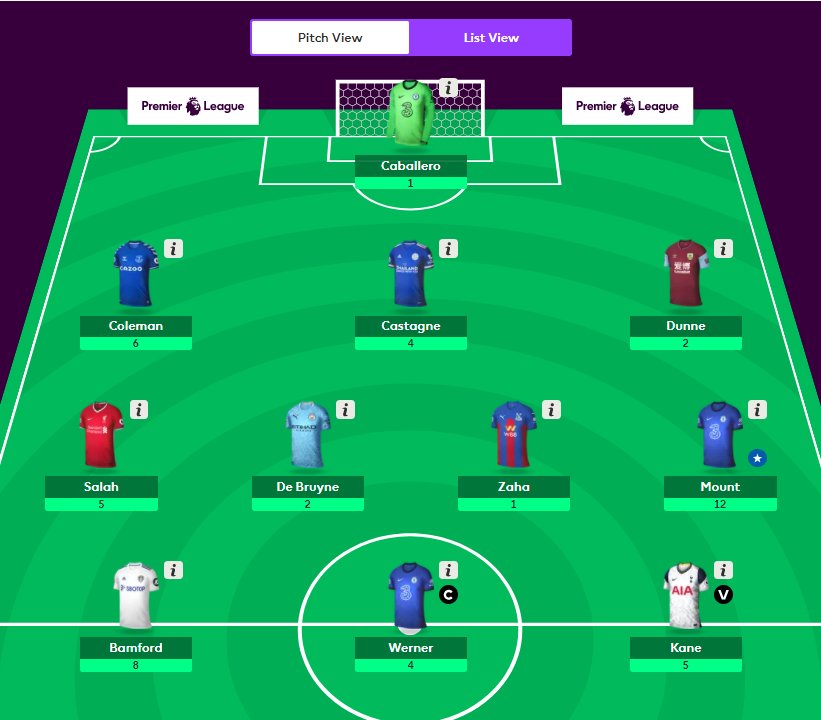 Having looked at my team last week, I felt it wasn't in a great place after the first few games didn't pan out as I was expecting.

To get back in gear, it felt like I need to big some big changes and with newfound data to inform my decisions, it made sense to overhaul the team; so I used my wildcard

While the midfield is largely unchanged, I've opted for some more cost-efficient defenders that are performing more consistently and change up my attackers.

Caballero was one of the cheaper options in goal and once Mendy is starting, it will be a straight swap long term. Mount was an inspired choice and one I recommended players grab while he's at a good price; he looks so lively.

Aubameyang came out for Salah this week, it's a good thing to be able to interchange him, Mane, De Bruyne and other high priced midfielders so easily.

The defence now includes Coleman and Castagne, who have looked great and should produce reliable results throughout the season. Dunne is a very cheap option and is having a good string of games.

Bamford is so cheap, I didn't mind if he fizzled out for a week, but he continued to deliver. Kane should have bagged more, but an assist is better than nothing.

Unfortunately, like many, my choice in Werner as captain again didn't pan out and while he's played well in midweek I will not likely pick him as captain again; he will remain in my side for a bit longer as he definitely has more to come.

Those who suffered massively this past weekend seemed to have invested and (in some cases) over-invested in Wolves players. Their performances have been a bit ropey, even when they've played well, so it is a surprise to see so many players invest in them.

But, I don't think anyone saw a 4-0 defeat to West Ham coming. Likewise, while Fulham are hardly a shining example of what a Premier League team should be, many underestimated Aston Villa's ability and have elected to go with some of the cheaper options.

Chelsea was also a big let down for many players who had likely placed a few defenders and midfielders into the mix. I don't think many would have expected Tammy Abraham to start, or get the winning goal; neither would they have expected Hudson-Odi to make a half-time appearance and score.

I'm surprised Palace didn't get more out of the game and there was a strange handball decision that didn't go their way; had it done so Zaha would have taken the penalty. I still think he is a good inclusion in your side and will get a consistent haul of points.

While their next game is against Chelsea, they have a great run of games coming up that he will more than likely score in. If he's not doing it for you, there are some great players out there for 7 million.

Mason Mount is a baller - I am so chuffed for him because he is class and has without a doubt been Chelsea's best player so far. I, like most, expected Chelsea to run riot and pick up goals and assists for the big names but that didn't happen; instead, it was the homegrown talent coming to the rescue.

Lampard clearly thinks highly of the Englishman and I don't think he will have an issue keeping his spot in the side. Originally, I added him as a cheap option, popping up with the occasional goal or assist, but I can see his season getting better as it goes on.

Rashford's goal was a big help in Man United's win against Brighton. The team looked very flat, but it was a result at the end of the day and a big learning point for the Red Devils. Whether Rashford will kick on remains to be seen, but if United can pull themselves together it looks hopeful.

Semedo had a less than ideal debut, the team were shocking. Kane was also lucky not to rack up even more points after countless attempts and had to settle for an assist.

Let's take a look at who we advised you to avoid:

I'm man enough to admit when I get it wrong and I certainly got it wrong with Jamie Vardy; maybe I shouldn't bet against English strikers? Kane certainly put me in my place last week and now Vardy joins in.

I felt that Vardy looked poor against Burnley, even though Leicester looked in control and his two goals against West Brom came from penalties.

Despite the fact Vardy loves scoring against City, I didn't think they quite had the edge and thought that would go against him. While he scored a fantastic goal from open play, he scored two penalties again.

I won't underestimate Leicester's ability to get penalties and how deadly Vardy is from the spot; it's a bright future for the Foxes.

I'm not surprised De Gea only got two points, United look poor; enough said. I feel sorry for Spurs, Wilson's last-minute penalty was all Newcastle had to work with and it is a penalty I hope we never see again; I'm also confused why he received two bonus points for it...

Two stinkers in a row for Willian confirms how hot and cold he can be and if you're still hoping it will turn around, it's time to move him on.

If you held onto Pereira, well done he grabbed another assist. I still think it was the right move as he really didn't stand a chance, but Chelsea were so poor they made it easy for the Baggies.

This next gameweek boasts some great fixtures to make your picks for, but you can read our guide here.