Another year, another FIFA soundtrack.

FIFA has gained somewhat of a reputation over the years for the quality of the soundtracks in each of the titles.

They manage to combine a range of great songs from multiple genres.

There's no doubt that you'll finish every play session with a song stuck in your head.

With FIFA 21 releasing in just over a week, there's an entirely new soundtrack to check out.

EA has released two separate soundtrack lists for the upcoming FIFA 21, let's check what they have to offer.

This year's FIFA will include two separate soundtrack lists for the different modes in FIFA 21.

EA revealed yesterday that there will be a 'Volta Football' and a 'FIFA 21' soundtrack list.

The FIFA 21 soundtrack will reportedly include over 100 artists from 23 different countries.

The latest EA blog post describes the differences between the 'Volta Football' and 'FIFA 21' soundtrack lists:

"The FIFA 21 Soundtrack features massive new music from established artists and hot newcomers, while the VOLTA FOOTBALL Soundtrack drives street action with the latest and greatest in grime, electronic and hip-hop."

Although FIFA 21 is still a week away from its release, fans can check out the FIFA 21 playlists on Spotify, Deezer and Apple Music.

EA has confirmed if you prefer the 'Volta Football' playlist, you can change the settings to listen to the playlist in other modes.

This is great as it doesn't lock certain songs into specific modes in-game.

Check out the FIFA 21 graphics that showcase both soundtrack lists: 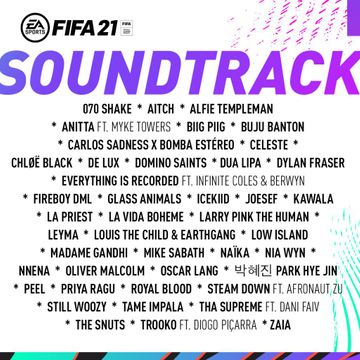 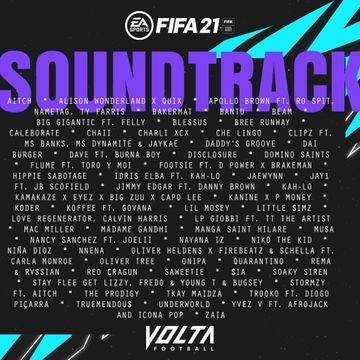 You can check out our latest FIFA 21 article here.

Hitman 3: How To Import Hitman and Hitman 2 Content On PS5, Xbox, PC, Switch and Stadia, What Carries Over and More