Live out your sci-fi pilot fantasy

Star Wars: Squadrons is definitely one of the most immersive Star Wars games out there, letting your live out your fantasies of being a pilot for the Rebel Alliance or Galactic Empire!

Squadrons is the latest Star Wars game from EA and gives you the chance to experience thrilling first-person online space battles in some of the sci-fi franchises’ most iconic starships and across several well-known locations.

While the game is a blast to play on a regular controller, the news that the title will support flight sticks on consoles and PC was met with thunderous applause from gamers.

After all what better way to feel a part of an epic Star Wars space battle than by using a flight stick to really take the immersive factor up a level. So, if you want to step into the thrilling aerial dogfights, we’ve rounded up our picks of the top flight peripherals out there.

Before we get into the rundown, one quick note, the launch of Microsoft Flight Simulator 2020 has seen retailers struggle to keep flight stick in stock, so available options are slim. However, we’ll keep this article updated with the latest stock updates.

Of course, getting the perfect setup for Squadrons is redundant without a copy of the game itself.

Due for release on October 2nd, Star Wars: Squadrons is available on PlayStation 4, Xbox One and PC.

Pre-ordering will net you a whole bunch of extras including additional cosmetic items for both your starfighter ships and pilots.

The game is sure to be one of the biggest releases this year, and with its range of modes, authentic Star Wars details and deep progression systems, it’ll keep you busy well beyond the winter months.

For those who don’t fancy the intensity of online play, there is also a full single-player mode as well. 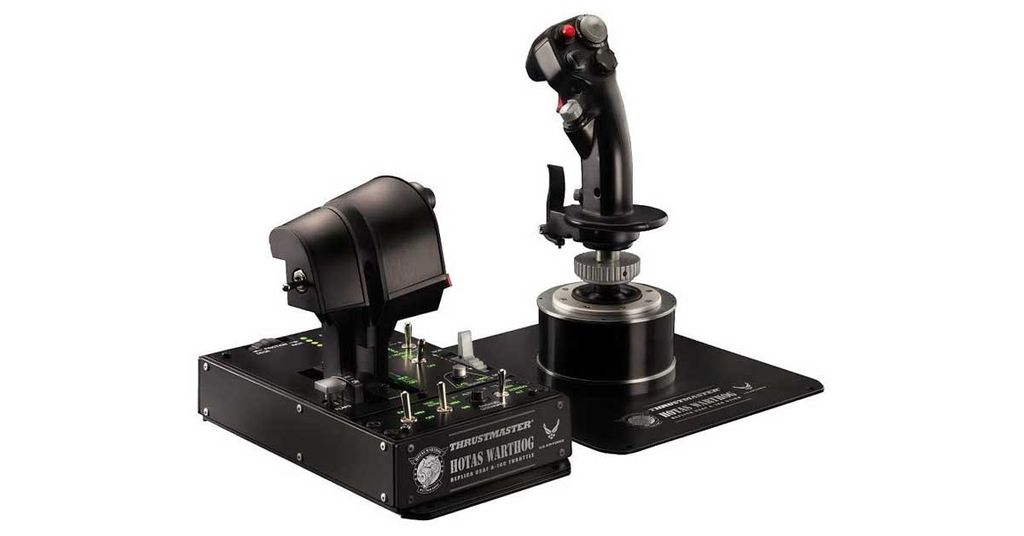 The Thrustmaster HOTAS Warthog is legendary among flight stick enthusiasts. For good reason as well, as a replica of the setup used in the U.S. Air Force A-10C attack aircraft, this stick and throttle combo will truly make you feel like you’re flying an aircraft.

The joystick features 19 action buttons, while the control panel includes a further 15 alongside five programmable LEDs. While the throttle system includes an afterburner you can disengage and offers independent control of two motors.

The HOTAS Warthog offers an unmatched level of customisation. If you want to truly feel like you’re behind the wheel (or should that be flight stick) of a Star Wars starfighter it’s unquestionably the best controller setup on the market. 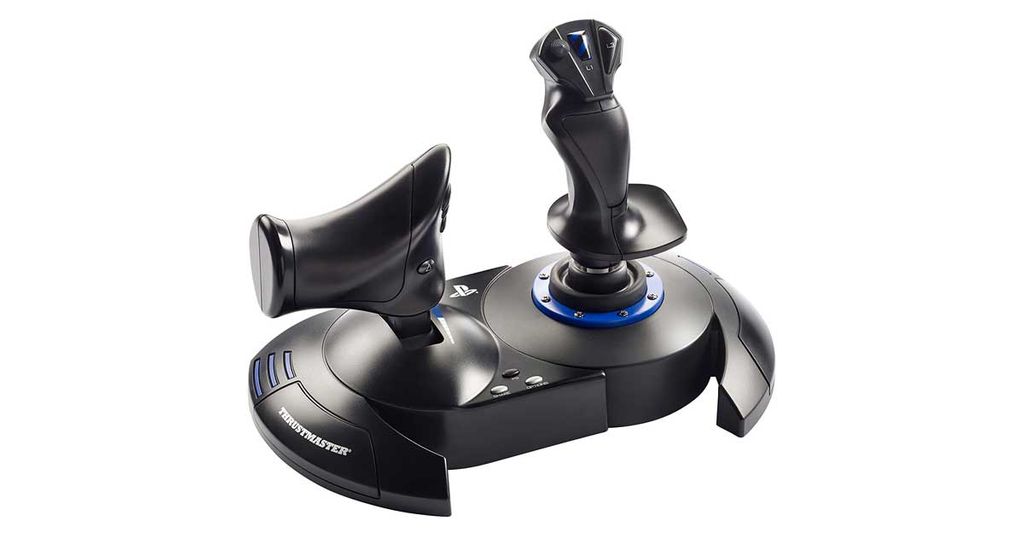 If you’re after a HOTAS control system without a price tag in the hundreds of pounds, then the very affordable Thrustmaster T.Flight HOTAS 4 is widely considered one of the best flight controllers for those on a budget.

Perfect if you just want to plug in and play without worrying about fine-tuning, the T.Flight HOTAS 4 features a detachable throttle, high-precision joystick, weighted based, wide hand rest and internal memory.

The HOTAS 4 is designed to be used on the PS4 (or PC), but there is also the T.Flight HOTAS One, which as you might be able to guess, is the same brilliant flight stick only for use with the Xbox One. 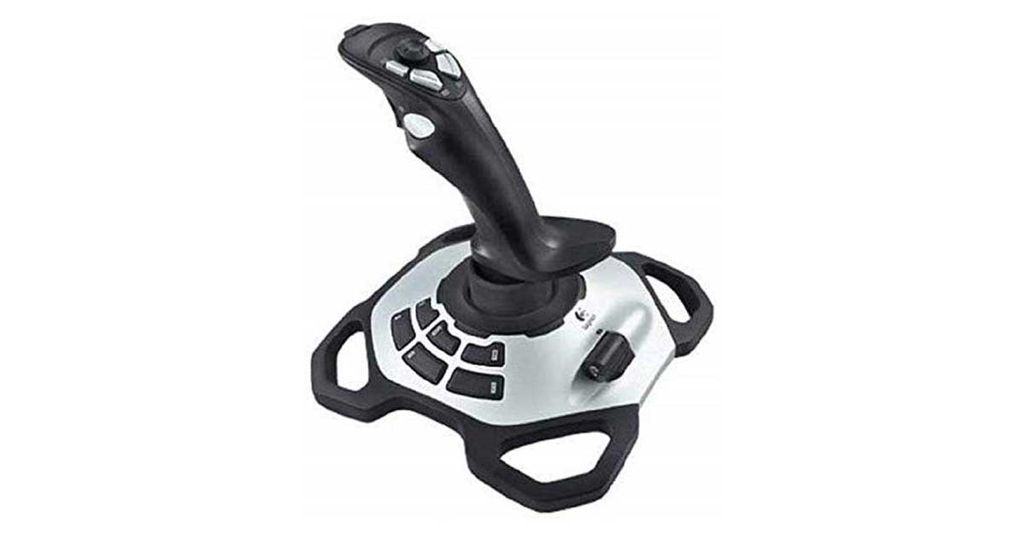 If you’re just after the bare essentials without throttles or complex control panels then the Logitech Extreme 3D Pro joystick is the way to go.

The precision twist rudder control will give you the required accuracy to have an advantage in any skirmish, while a comfortable hand grip ensures you’ll be able to play long into the night. With 12 programmable buttons and an 8-way hat switch, the Extreme 3D Pro offers a good deal of customisation even with its relatively low price tag.

It’s a little hard to get hold of at the minute, but Amazon is due to restock later this month.

Step into the cockpit 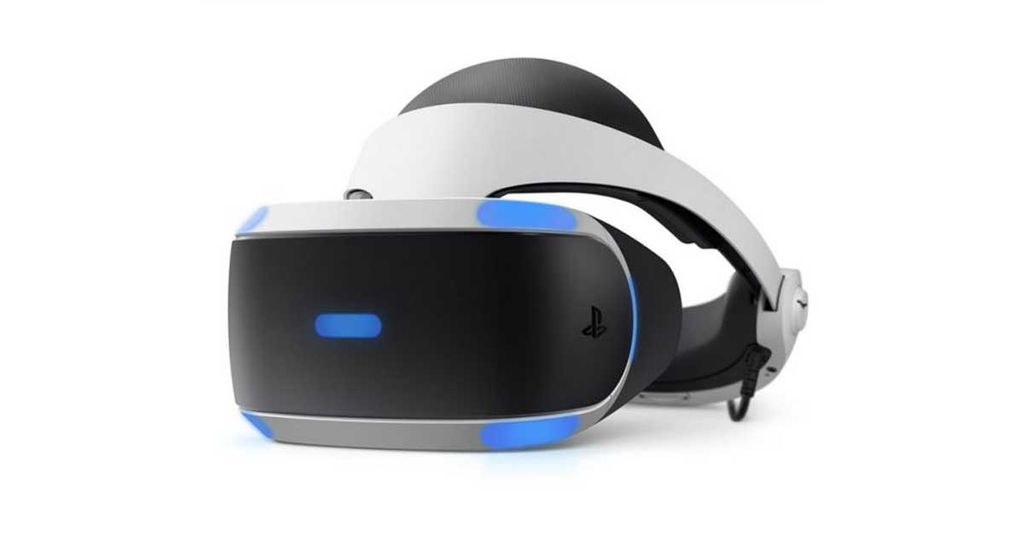 Star Wars: Squadrons is designed to fully immerse you in the world of intergalactic space battles with its detailed starfighter interiors and first-person perspective.

However, if you want to truly feel like you’re in the heat of battle then the game offers full PlayStation VR support.

Obviously, this feature is only available on PS4, and does require a full VR setup, thankfully getting your hands on a PSVR has never been easier or more affordable.

Check back in with us for all the latest, and remember to give @GfinityDealsUK a follow for all the best deals!