Tis The Season Of Server Maintenance

Animal Crossing New Horizons is getting ready to drop the games next big dollop of content, with the new Winter update.

This new release will bring all sorts of new Thanksgiving and Christmas themed content. Which in the game is known as 'Turkey Day' and 'Toy Day'.

"Colder weather may be arriving, but luckily, it’s also ushering in warm holiday cheer in Animal Crossing: New Horizons for Nintendo Switch," Nintendo teased with a new trailer released earlier this week. "Alongside the auburn-coloured maple leaves that are beginning to drift down from the trees, islands located in the Northern Hemisphere will be visited by tranquil blankets of snow."

Read more - Animal Crossing New Horizons: Can I Transfer Island Saves And How To Backup Save Data

After a playful Fall season packed with Halloween events, the new Winter update will be a refreshing change of scenery for fans looking for something new to do.

However, before we can get our hands on his new batch of content, Nintendo will likely need to take the game's servers offline for maintenance.

For those wondering, server maintenance isn't unusual, Nintendo had to the same for the previously released Summer and Fall updates.

During the maintenance window, all network services for the game were unavailable - alongside the NookLink service within the Nintendo Switch Online mobile app.

We suspect that we'll see the same sort of maintenance schedule for the release of Animal Crossing New Horizon's Winter update.

As with all updates and server maintenance, it's possible the game's downtime could be extended should the team encounter any issues.

Although based on the past releases, these tend to be fairly well handled, so we wouldn't foresee any issues.

Should we learn more in the coming hours, we'll be sure to update this page with more info.

HOW TO UPDATE ANIMAL CROSSING ON NINTENDO SWITCH?

Your new ACNH update should download automatically, but for those needing help, here's a quick guide on the steps you should follow to do it manually.

More to follow. For the time being, keep reading for a full breakdown of the new features coming to Animal Crossing New Horizons with the Winter Update. 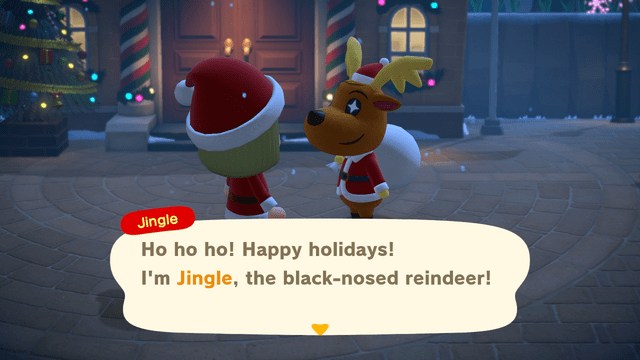 These new features will be available from September 30 once players download the new update:

• Turkey Day – On Turkey Day, which will take place this year on 26th November, top class chef Franklin will arrive and host a gathering in the plaza. Players can help Franklin collect ingredients to go in the dishes that will be on display in the plaza. Players helping Franklin cook will receive a gift from him. Please note: This event requires the construction of the Resident Services building beforehand.

• Toy Day – It’s the time of the year when island residents rejoice … The month of Toy Day is nearly at hand. Players might notice their island and plaza gradually becoming more festive with holiday-themed decorations over the coming weeks. Keep an eye out for decorated trees, too. Shaking these may drop ornaments which will allow players to craft holiday furniture recipes. From 1st December to 25th December, it will be possible to purchase toys from Nook’s Cranny and find holiday-themed clothing at the Able Sisters shop. When it’s officially Toy Day on 24th December, Jingle will pay a special visit to each island to spread holiday cheer. By helping him deliver presents, players will receive a gift too. Please note: Certain aspects of this event require the construction of the Resident Services building beforehand. 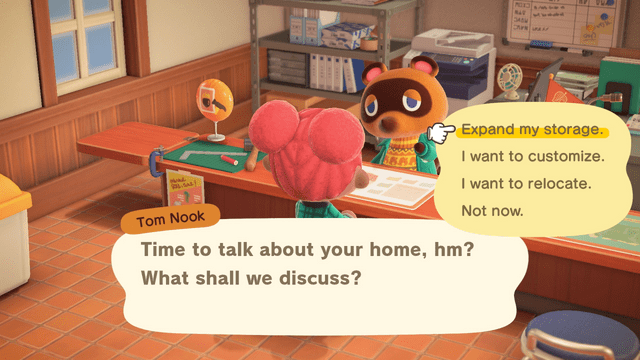 • Home storage limit upgrade – Players who have previously expanded their home to the largest size and have paid off their debt will be able to apply for a further home storage expansion by speaking to Tom Nook at the Resident Services. This will expand the home storage to 2400 slots. 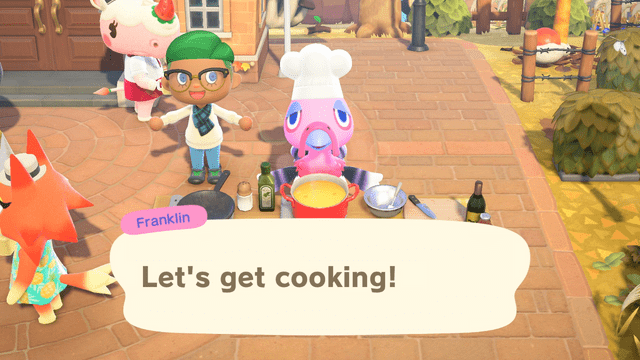 • Visiting random islands in dreams – Everyone enjoying dozing off and visiting other islands within dreams will now be able to choose to visit random islands while dreaming, opening up new vistas of inspiration for island customisations. 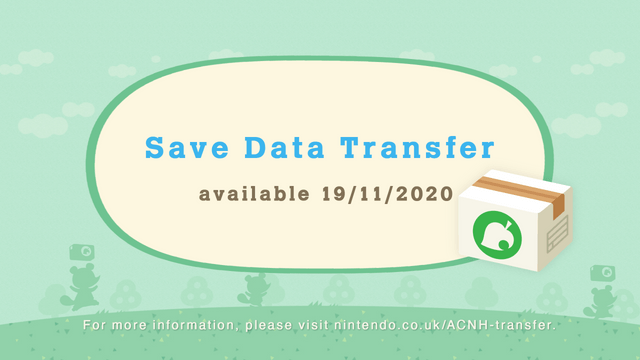 • Resident and Island Data Transfers**** – Two new features are arriving to offer expanded flexibility for resident and island data. The single player transfer feature allows players to transfer resident data to another system. This includes the resident’s name, appearance and equipment, along with their inventory, home and storage. A separate whole island transfer feature will enable players to move their user save data, along with the island itself and all the residents, to another system. This service will be facilitated by the free Island Transfer Tool app in Nintendo eShop.

• … and more: New seasonal items will be available starting 1st December at Nook Stop. Between 26th and 31st December, there will also be several festive items to celebrate New Year’s Eve. In addition to the content of the update, players can look forward to a countdown event on December 31st, starting at 7 p.m. local time, to ring in the new year with their residents as well as friends and family in the game.

Animal Crossing New Horizons: How To Get Hardwood