Modern Warfare and Warzone will be releasing its sixth season in just a few hours!

The long-awaited season is implementing a massive subway system into Warzone among other changes.

Now we know all the details about what's coming in terms of new maps!

One section was dedicated to all the new maps and what game modes they will be featured in.

Here is a quick rundown of what they had to say about the new maps along with some images!

The 2V2 game mode is getting a new map based on the new subway system coming to Warzone!

"A picturesque rural Kastovia train station serves as the backdrop to the latest Gunfight arena.

Operators will want to use the station’s exterior and abandoned military cargo trains as part of a winning strategy. Like other maps of its size, Station has some quirks beyond its simplistic design, beckoning true Gunfight masters to uncover jump spots and tactical angles that may help them crush the opposition.

Every top of the boxcars and passenger car can be climbed on top of, which give superior verticality at the cost of being essentially exposed on all sides. Other objects, such as crates, containers, and even tank parts, can also be used to gain a height advantage or just be used as cover." 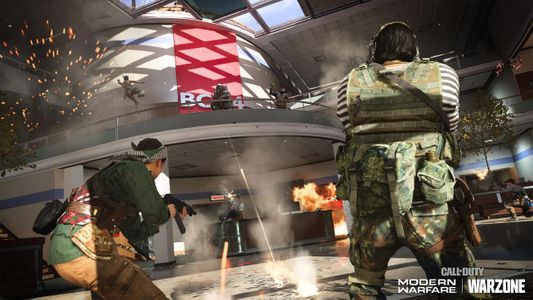 One of the classic maps from Call of Duty 4 is making a return this season.

This location has been featured on the Warzone map since it released back in March.

Now, it will be the focal point of the new season!

"Since its cameo in Verdansk within the BCH TV Station zone, this large Multiplayer map introduced in Call of Duty 4: Modern Warfare now has a primetime slot in Season Six. Whether you experienced its first iteration back in 2007, in a remastered version since, or within Warzone, expect to drop into familiar territory when infiltrating this recently abandoned communications center."

READ MORE: How Big Is The Update Size For Modern Warfare And Warzone Season 6?

This map has confused some fans since it was announced.

As many have noted that it directly resembles one of the maps showcased during the Black Ops Cold War Alpha!

Nevertheless, it looks amazing and it will be interesting to see how 10v10 functions on this map.

"The larger of the two core Multiplayer maps, Mialstor Tank Factory is built for both 6v6 and 10v10 play, changing its playable dimensions depending on the size of the lobby.

For either skirmish size, expect a mix of indoor and outdoor combat zones with two large buildings – the eponymous tank factory and a warehouse – being the map’s central point of conflict due to sheer surface area and accessible rooftops. Other areas to explore include an abandoned workshop, skybridge, scrapyard, shipping area and residential zone, with some parts of the map sectioned off if it is being used for 6v6 combat." 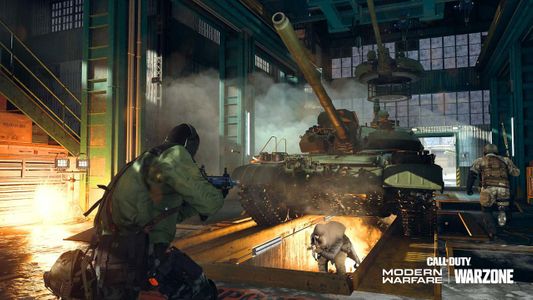 Last but not least, we are getting a brand new Ground War map this season.

The riverside of Verdansk is making a stop in Modern Warfare's multiplayer this season!

"A once-unlabeled landmark on the in-game Tac Map, Verdansk Riverside is a suburb that lies across the frozen Gora River from the Verdansk International Airport, with its northern border defined by cliffs that eventually lead to the Arklov Peak Military Base."

This map will feature an ample amount of vehicles, similar to other Ground War maps!