Modern Warfare And Warzone Season 6: How To Unlock Farah Operator

Season 6 for Modern Warfare and Warzone is just days away!

With players already pre-loading the upcoming update, the hype surrounding the launch of brand-new content is slowly beginning to build.

Activision and Infinity Ward are already offering some sneak peeks at some of the new content that will be available when the new season goes live on September 29th.

Along with the release of new weapons, two new Operators will be available at launch – Farah and Nikolai.

In this article, find out how to unlock Farah as a playable Operator. 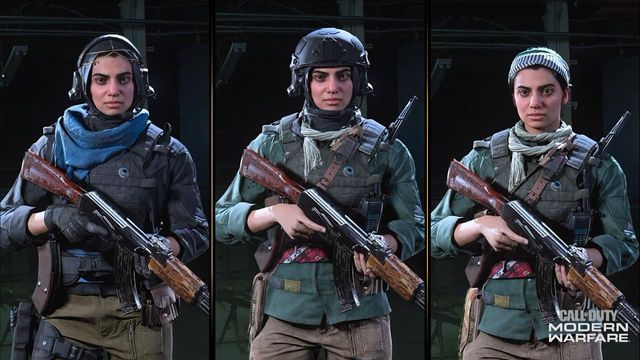 Farah is one of two new Operators arriving in Season 6

For those familiar with the Modern Warfare campaign, Farah Karim is a character that should not be messed with.

Having survived imprisonment from Roman Barkov, the Commander of the Urzikstani Liberation Force joins the Chimera branch of the Allegiance, reuniting with former scout Iskra.

Farah was first revealed as an Operator for Season 6 during the first official teaser trailer for the new season. She can be seen eliminating three enemy fighters with expert precision and stealth.

Towards the end, she joins up with Nikolai, where they both reveal their intentions to stop Zakhaev from executing his plan.

How To Unlock Farah

About Time: Farah becomes the latest member of the Allegiance

Armed with a set of skills honed by SAS training, Farah arrives in Modern Warfare and Warzone ready for battle.

In order to get your hands on the new Operator, all you need to do is purchase the Season 6 Battle Pass.

Farah is one of the unlockable items at Tier 0 of the new Battle Pass, meaning you don’t even have to play a single game to secure the first new Operator of Season 6.

Once unlocked, there are a number of unique skins that can be unlocked for Farah.

The skins can be unlocked by completing her Operator Missions which will be available when the new season goes live at 7AM BST on September 29th.

The Season 6 Battle Pass will cost 950 COD Points, but if you want a head-start, the new Battle Pass and 20 Tier skips are 2400 points.

Alternatively, you can unlock her by buying one of her skin packs from the store.