PS Plus October 2020 Update 1 - Today's the day. There's not long to go until Sony announces the new PlayStation Plus October titles.

If you're looking for the announcement just yet, you've gone a little early. Sony has typically dropped the reveal trailer and news on the last Wednesday of the month, at 4.30pm BST.

It's possible the news could leak before then, but if not, you now know what time to tune in for the official reveal.

DON'T MISS OUT! Get £10 off 12 months of PS Plus membership right here! 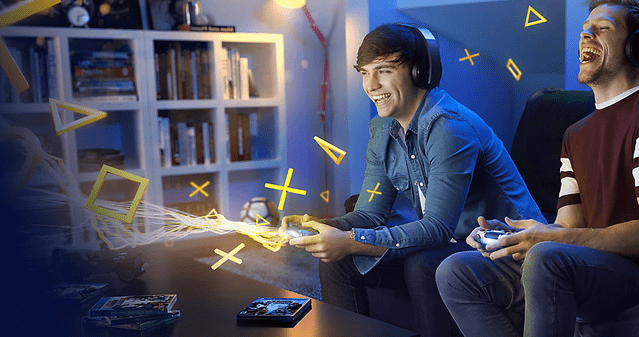 Original Story - The PS Plus October 2020 free games will be revealed this week. If you're curious to know exactly when you can discover the official news from Sony, don't worry, all you need to know is available on the PS Plus link.

To save you the effort of clicking though, let's just say, Wednesday. Because most of us probably know the new games get announced on the last Wednesday of the month anyway. Although if you want more details than that, you'll have to click that link.

Though Street Fighter V and PUBG are in no way or shape 'bad' games, September certainly felt a little more lacklustre compared to previous PS Plus months in 2020. So fingers crossed Sony has got something special planned for us all.

For now, we're taking a quick fly-by look at some of the potential predictions, rumours and leaks surrounding PlayStation Plus in October 2020.

PS PLUS DEAL - Need a new PS Plus Subscription? Save £10 off a PS Plus 12 Month Sub With This Link

At one point in time, PS Plus used to be fairly leaky. In fact, we vaguely recall a run of six months where certain twitter users had the drop on Sony days before the announcement.

Those fortunate times have subsided though, replaced instead by people willing to photoshop any game they can and posting dimly lit off-screen 'photos' on Twitter in the hope of 5 minutes of fame.

In more recent months, the closest we've got to genuine leaks have come from inadvertent YouTube postings from official Sony partners.

Yet in October 2020, everything appears to be well under wraps with just a few days to go before the big announcement. Sigh.

This is normally where the hallowed halls of Reddit and 4chan tend to come into play.

Admittedly, it's not always a winner. But sometimes these forums do yield good results and genuine leaks from rogue accounts set up on the fly.

At the time of writing though, there's nothing to pin your hat on.

Don't be disheartened though, this isn't exactly a bad thing. After all, it means you don't have to get your hopes up about receiving one game for free (maybe one you'd really love) only to be desperately disappointed.

The fun part, if a little spurious. Always take this section (and other sites more concrete headlines) with enough salt to grit UK roads during a particularly frosty December.

For October, naturally, a lot of the predictions have drifted towards horror games.

But it's worth remembering that although it may be fast approaching spooky season, Sony doesn't give a damn what month it is.

In the past, October's free PS Plus games have yielded: Metal Gear Solid V: The Phantom Pain. Amnesia Collection, Friday the 13th: The Game, Laser League, The Last of Us: Remastered and MLB The Show 19.

Which isn't exactly the most pant-wetting scary list of games ever made.

Personally, we still think its more likely we see a few more PS4 exclusives given away, as Sony has seemingly given away several of their most high-profile games in the past year.

They're already giving away plenty of exclusives to new PS5 owners with the PS Plus Collection.

So we wouldn't rule out seeing more PS4 exclusives in the mix.

In fact, it certainly seems more likely than Demon Souls or Resident Evil, simply because 'it's Halloween season'.

Thankfully we don't have long to wait, so keep those peepers locked on Gfinity all week should anything leak before the games are officially announced, this coming Wednesday.

COD Mobile: The 5 Best Guns To Use