Modern Warfare And Warzone Season 6: How To Unlock The SP-R 208 And AS VAL

Here's how to get your hands on the brand-new Season 6 weapons!

Season 6 for Modern Warfare and Warzone is right around the corner!

With the start of the final season for Modern Warfare and Warzone, a wealth of brand-new content for players to get their teeth stuck into is expected to arrive, including new maps, game modes, and most importantly, new weapons!

Ahead of the launch of the new season, talks of two classic weapons making their return alongside a brand-new assault rifle have been going on for months.

One of the classic weapons making a return is the SP-R208 sniper rifle from the very first Modern Warfare title. It will be joining the new AS VAL assault rifle in the weapon arsenal.

Find out how to get your hands on the new weapons in this article! 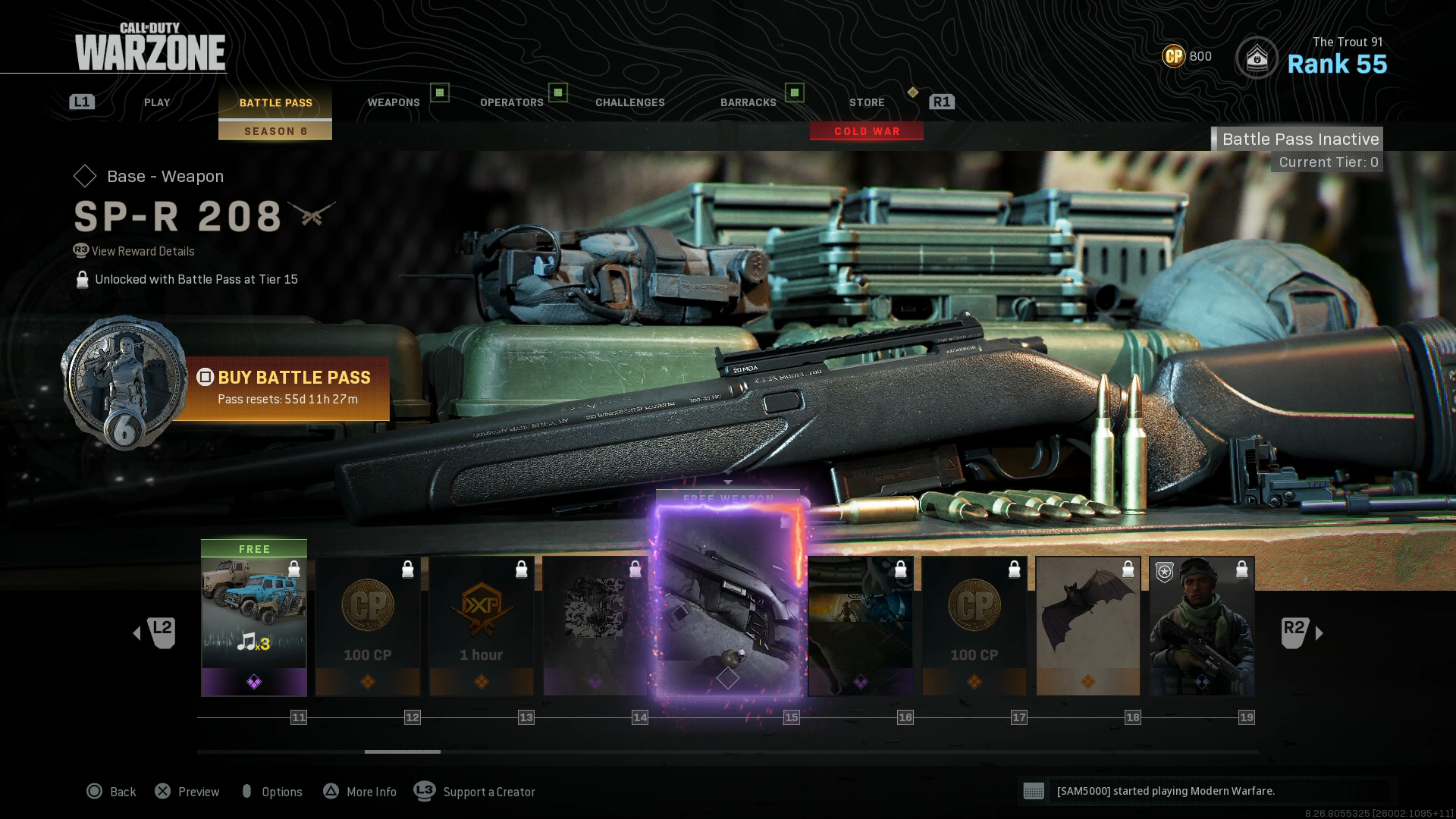 The R700 is making its long-awaited return

The SP-R 208 aka the 'R700' sniper rifle was a firm favourite on Call of Duty 4 thanks to its high damage output and incredible mobility, making it the perfect weapon for quick-scoping enemies at any distance.

The sniper will be one of two weapons that will be available to unlock as soon as Season 6 begins on September 29th.

In previous seasons, the two new additions to the weapon arsenal were placed at Tier 15 and Tier 30 in the Battle Pass, and it is extremely likely that this will be the case for Season 6.

The SP-R 208 will be unlocked when Tier 15 of the Battle Pass has been reached, depending on where it has been placed.

Read More: Warzone Season 6 Pre-load: How To Download It As Fast As Possible

How To Unlock The AS VAL 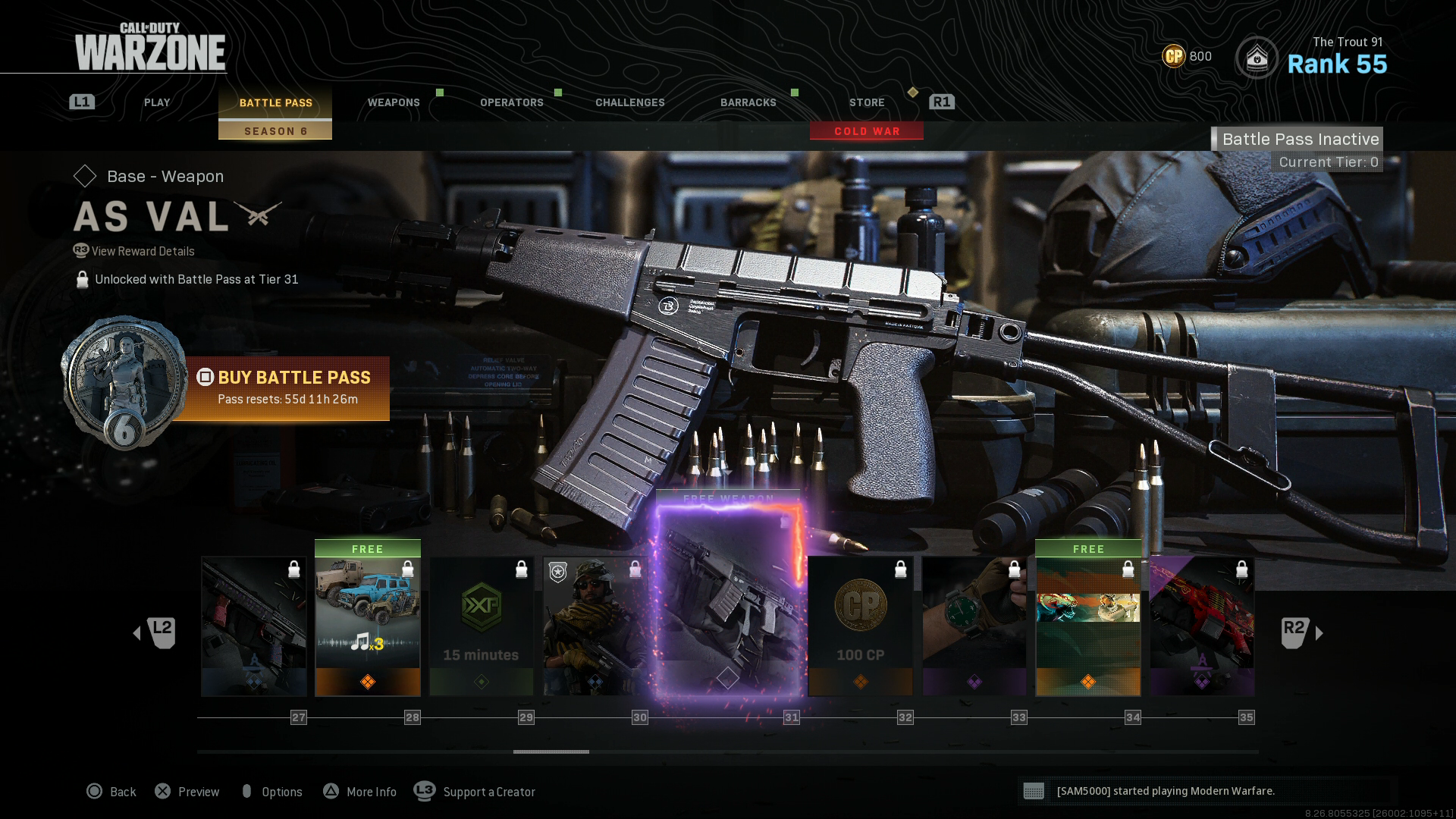 Joining the SP-R 208 as the second new weapon for Season 6 is the AS VAL assault rifle.

Having been discovered in the Modern Warfare game files during Season 5, the AR could well be the weapon that shakes up the Warzone metagame once again.

The AS VAL comes with an integrated suppressor along with two different firing modes and a clean iron sight, giving it huge potential for those looking for a solid rifle when dropping into the streets of Verdansk.

The R700 will be unlocked when Tier 30 of the Battle Pass has been reached, depending on where it has been placed.