Check out the roadmap and future plans for Medieval Dynasty!

Medieval Dynasty has come to Steam in early access, it's currently discounted by 20%.

As it's early access, there are plenty of new things to come.

Fans have been really vocal about what they want to see in the game.

The devs have been really transparent with players about their plan for Medieval Dynasty through their roadmap.

Developers Toplitz Productions and Render Cube have been amazing keeping fan informed on what is to come in the future.

Medieval Dynasty is already an advanced game but there's more that can be brought to the game to make it even better. 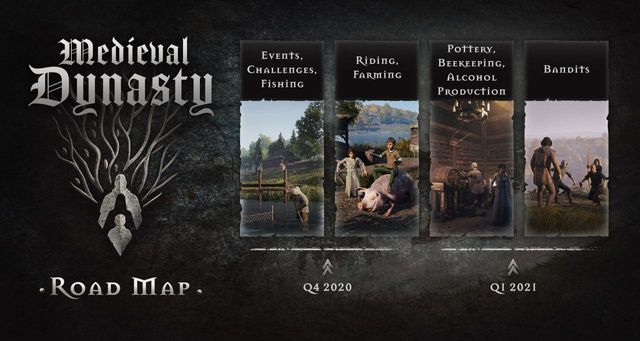 "Also, we will improve the game by fixing bugs, adjusting game balance and optimizations throughout the Early Access. And of course, new languages will be added as well. Don't forget to post your suggestions and ideas on the forum, too." they stated on their Steam post.

I asked some of the Discord members what they would like to see come to Medieval Dynasty, here were their responses.

There was a lot more but we couldn't list them all in this article if you'd like to see for yourself then join Toplitz Official Discord channel!

Medieval Dynasty Jobs Guide: How To Assign Roles To Villagers And Make Workers

Medieval Dynasty Clay Guide: Where To Find Clay And What Is It Used For?

Medieval Dynasty Villagers Guide: How To Increase Approval And Affection With Villagers To Marry Or Recruit Them