Struggling to find bears in Medieval Dynasty or don't know how to take them down? We've got you covered!

Medieval Dynasty released as an early access simulator on Steam and is currently 20% off.

There's loads to do, one of which being sewing, which requires leather.

As it's early access, it can be hard to find out where some things are or how to do stuff.

We're going to tell you where to find bears in Medieval Dynasty and how to take them down!

I can't count on two hands how many spears I've broken just trying to take down a deer.

Funnily enough, some of the bigger animals and predators in-game are easiest to hunt.

The most elusive of all creatures in-game are bears.

Where can you find them and how do you bring them down?

You'll mostly find bears dotted around the map outside of caves.

We've marked the areas on the map you're most likely to find them below! 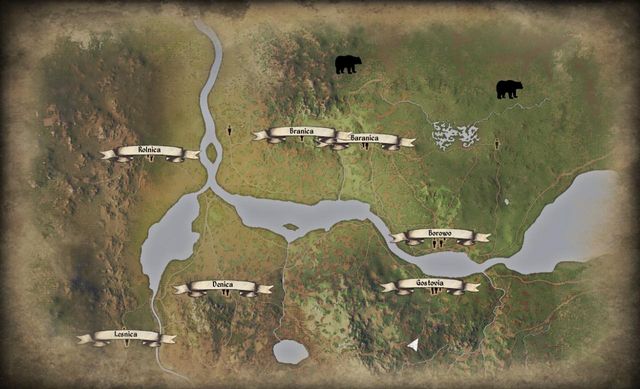 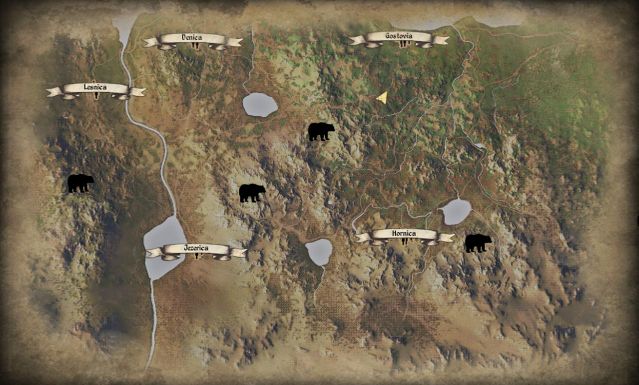 Bears are really easy to kill, especially being one of the biggest predators in the game.

The bow and arrow have proved to be pretty useless unless you're hunting smaller animals or trying to stagger deer.

Time to whack out your trusty spear, trusty is probably the wrong word as they tend to break quickly and at the worst times.

Make sure to make some backups in case you miss or lose some.

Try to get as close to the bear as you can without aggroing it, then aim for its head.

If it hits, the bear's mobility will be greatly affected and they'll be a lot slower.

Land one more spear on its head and it will be defeated!

Be careful because if you don't stagger them or you get their attention and they get to you, a few hits can be fatal.